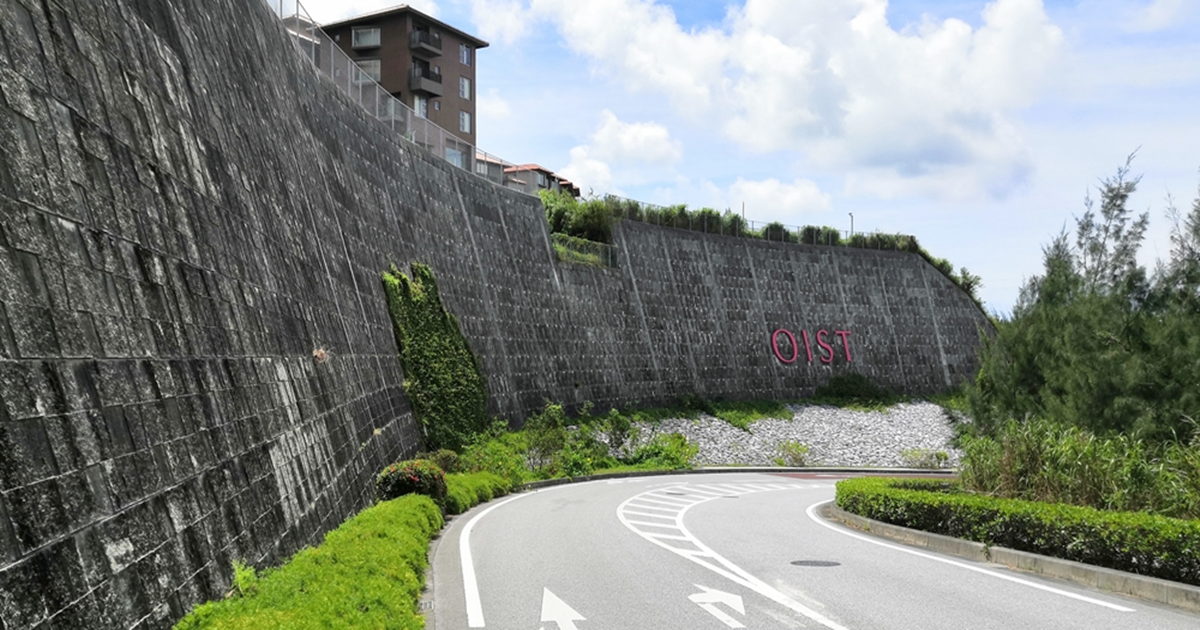 If you go north on National Route 58 and enter the mountain opposite the resort hotel “The Peridot Smart Hotel Tancha Ward” in Tancha, Onna Village, you will find the site of “Okinawa Institute of Science and Technology Graduate University (OIST)”. 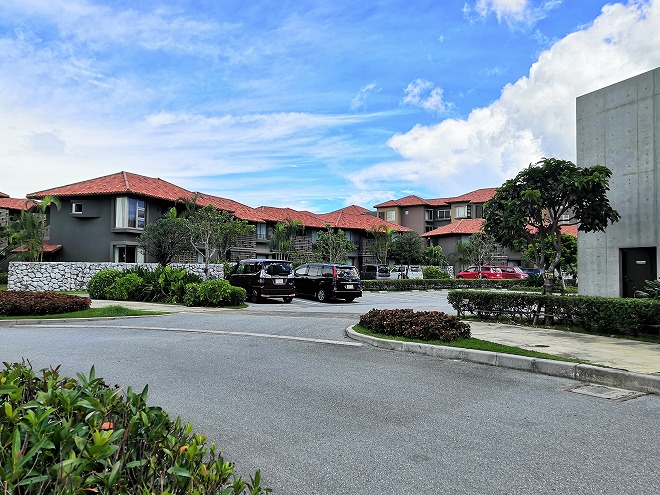 A facility called the Village Center of the OIST, where students and researchers of the OIST live. 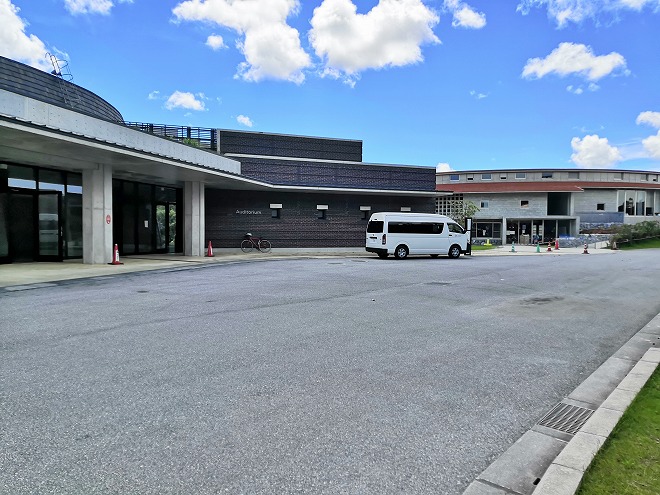 English is basically the official language inside OIST, so the building in the foreground is labeled “Auditorium”, but it’s a so-called “conference center”.

The circular building over the Auditorium is the “Child Development Center”.

OIST aims to contribute to the development of Okinawa and to become a graduate university open to the local community, so they accept “guided tours” and “self-guided tours”.

In addition, there is a “tour program for elementary, middle and high school students”, and an event open to the public called “Science Festa” is held. 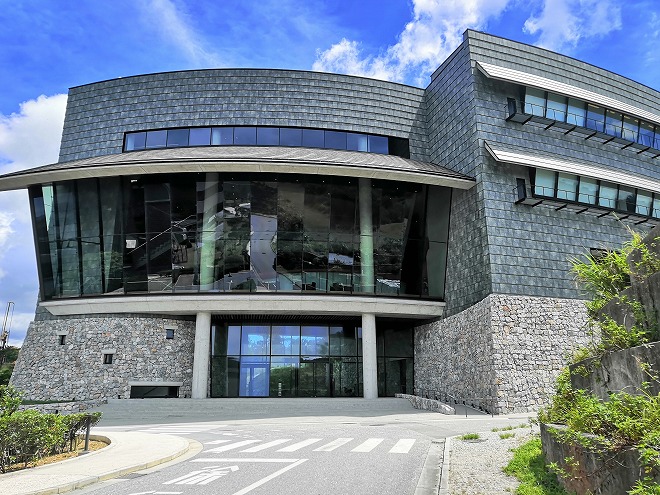 This building was completed relatively recently. 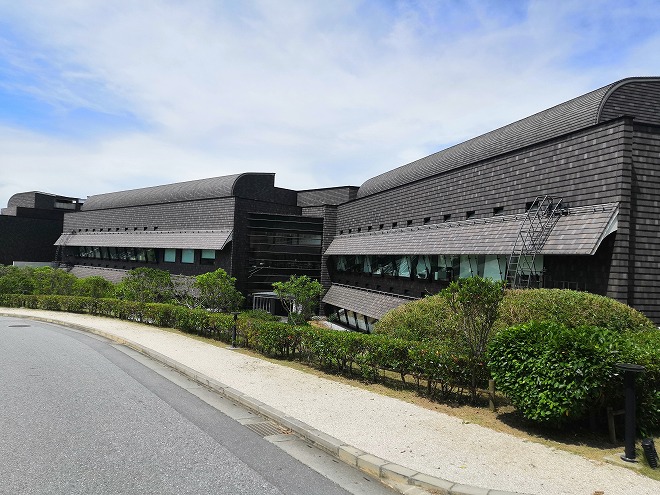 At the end of this building is the “2nd research building, LAB TWO”.

Every year, OIST holds a fair called “SCORE! Science in Okinawa: Research Capabilities for Entrepreneurship Science Fair”, where high school students present ideas that are useful for starting a business or living, and there is a contest in which they compete with each other.

There are also cultural activities such as performances of traditional performing arts.

…But I don’t think it’s well known, maybe because the promotion is weak…

But it’s amazing that there is a research institute of a global brain group in Okinawa.