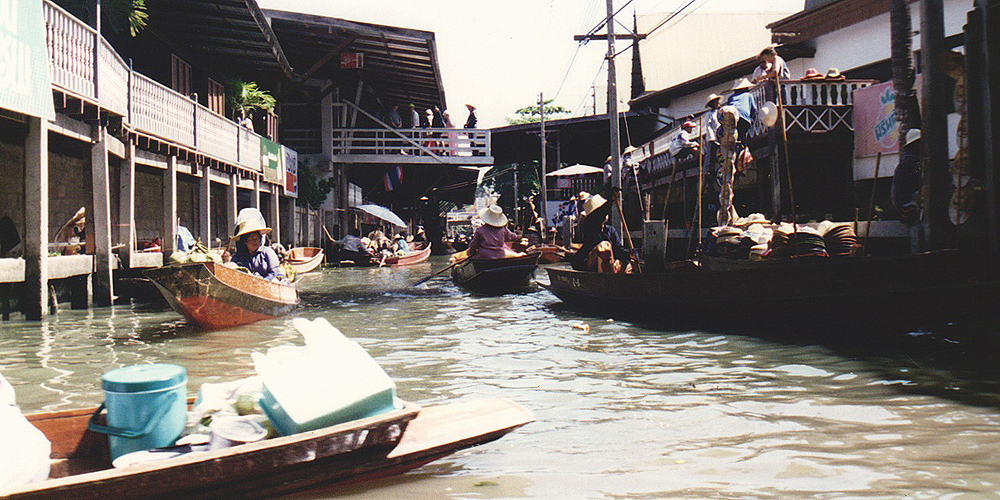 Damnoen Saduak Floating Market is the most famous floating market in Thailand, located about 80km west of downtown Bangkok.

The market is open from morning until late afternoon, and tours are offered from hotels in Bangkok, so many tourists gather there. 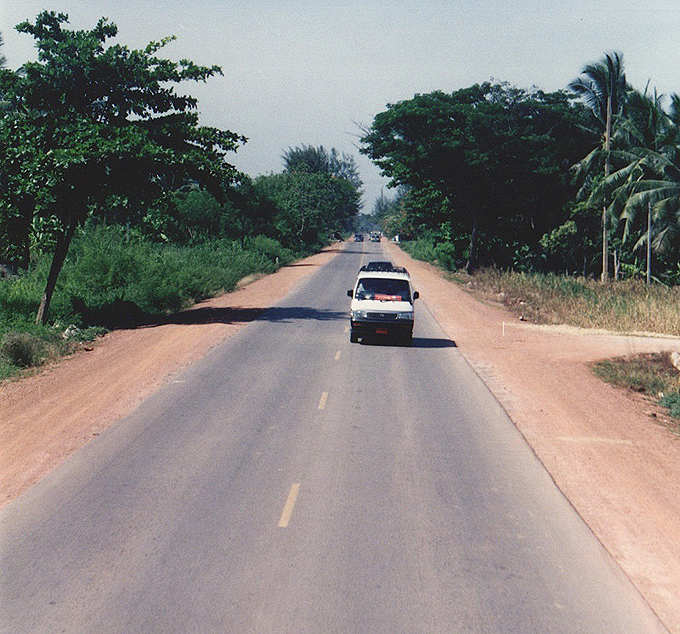 On the second day of the Bangkok tour, we gather early in the morning and take a coach bus from Bangkok for about an hour and a half to the Damnoen Saduak floating market in the west of Bangkok.

While watching the unchanging scenery of the endless red earth and the green forest, I gradually fell asleep as I was being rocked by the bus on the paved road. 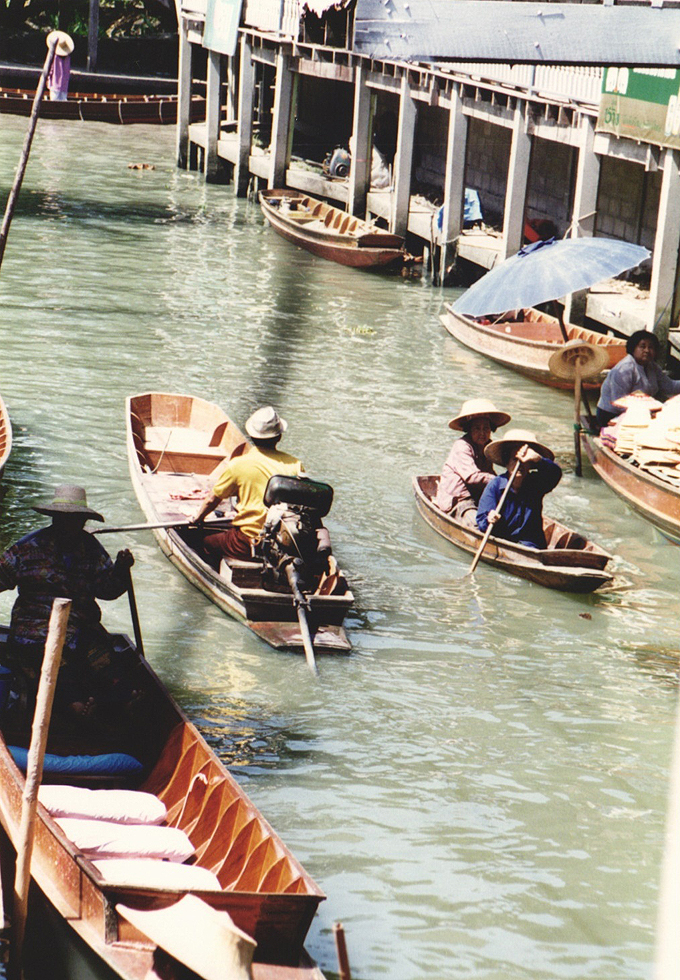 They sell Thai food such as naam and pad thai using a fire with a gas cylinder on the boat, and clothes, hats, vegetables, fruits, Thai silk, wood carvings, porcelain, coconuts, etc.

“Hi there, Could I have a bawl of naan.”

When I called out to the seller like that, her skillfully brought the boat close to me and handed me naam in a pottery vessel.

If Thai silk gets wet, it won’t sell, so they handle it skillfully and sell it, saying, “I’ll make it cheaper, so why don’t you buy it?”

A white woman was picking up some Thai silk and eagerly checking the fabric.

Women all over the world love shopping. 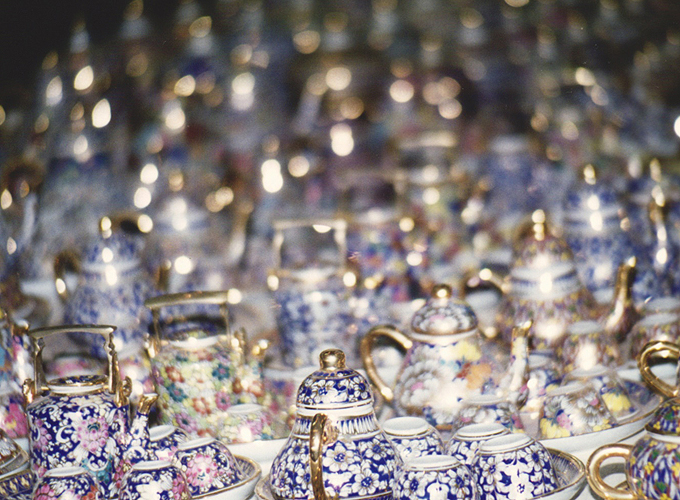 Souvenirs were sold not only on the boat but also in the huts along the river. Colorful pottery crafts are eye-catching. 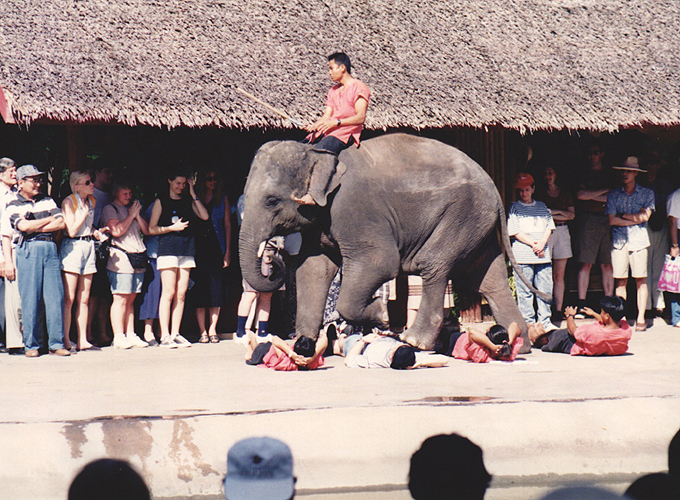 After the sightseeing in the floating market in the morning, head to Ayutthaya, which is about 80 km north of Bangkok, to experience elephant riding. It takes a long time to move.

Elephant is a special animal for Thai people, and it is also a symbol of courage and pride.

Just as Westerners used to ride horses, Thais rode elephants when they went to the forest, and even fought on elephants during battles. 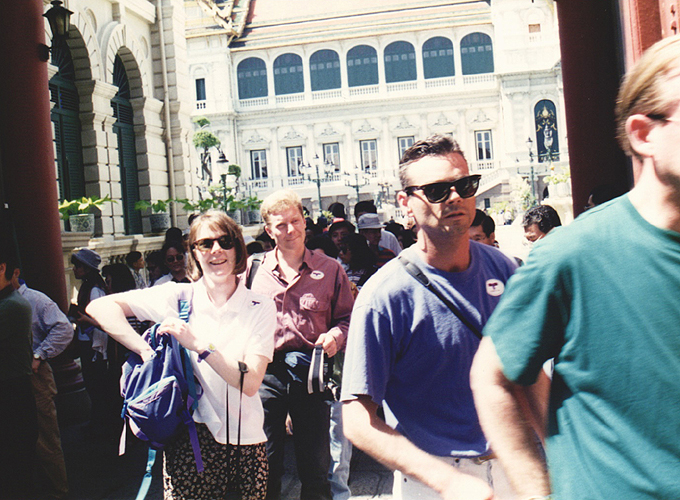 After visiting some other tourist spots, We returned to Bangkok. 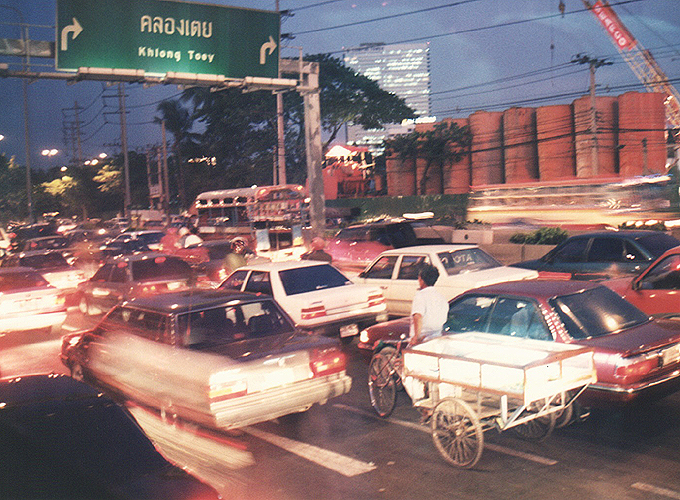 This distance between these cars… What do you think?

A rear cart is running between the cars…

What do you think?

Is it normally happen in you guys countries? 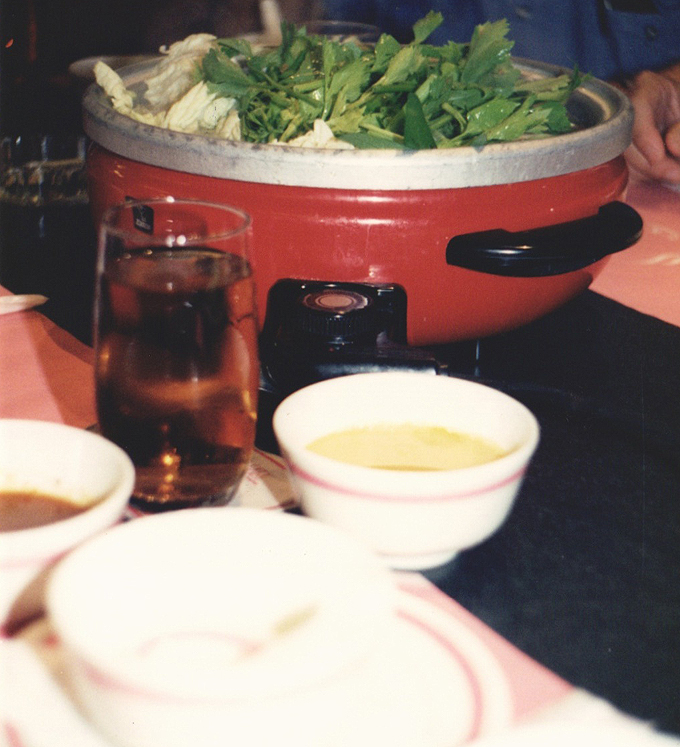 Return to Bangkok and enjoy Thai suki (Thai hot pot) with lime, chili and garlic sauce while watching Thai dancing at a restaurant. 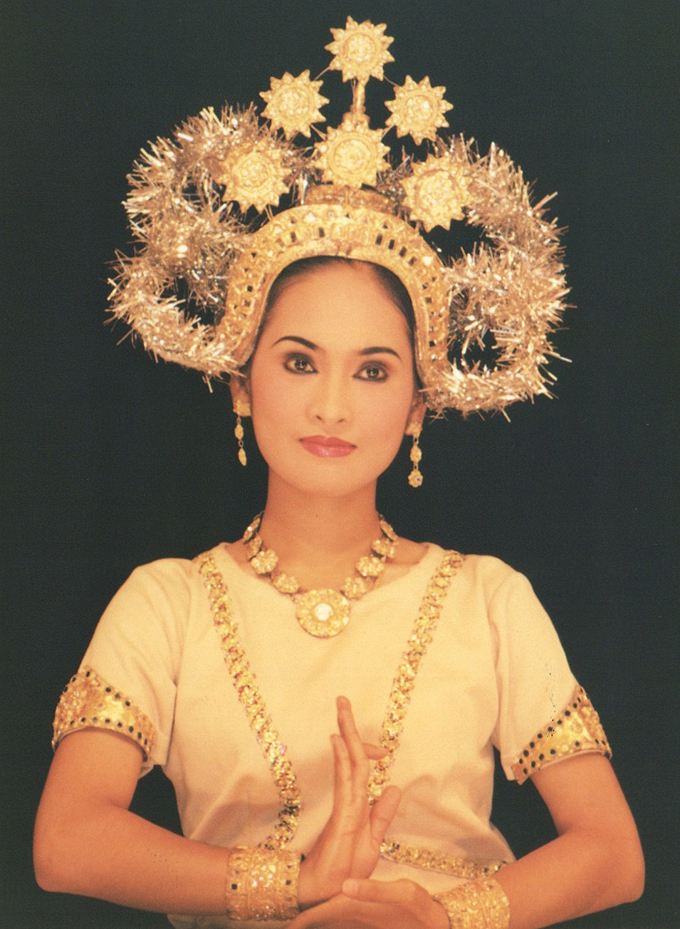 …On this trip, I had to write an article for travel magazine, took a lot of notes and took pictures. It’s a short trip of 3 nights and 4 days, but the package tour is not wasteful.

Traveling with a group of travel experts made me nervous, but I also learned a lot.

Each trip has its own theme, and on this trip we won’t go to back alleys like “Khaosan Road” (backpacker’s sacred place).

We don’t go to suspicious shops like “Patpong Street” (an entertainment district such as go-go bars).

We saw the clean and best of Thailand.

When I was a hippie, I was specialized in back alleys, so I didn’t know much about a trip that cuts out “beautifulThailand Package tour for attractiveness”..

It’s not always good to show everything. I learned a lot from this trip.