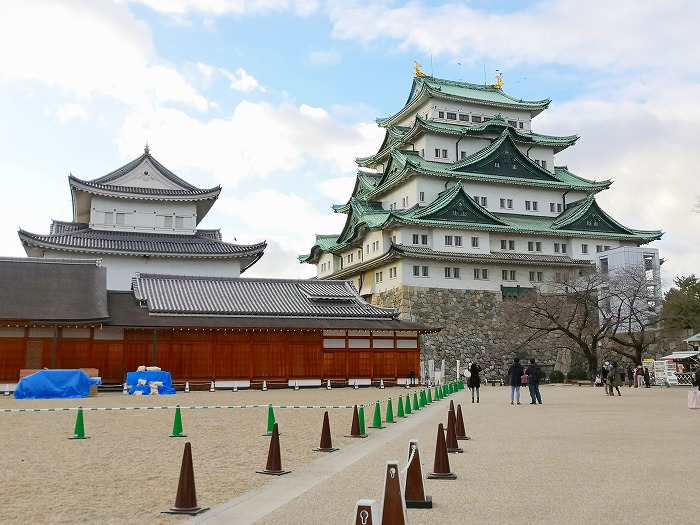 Nagoya Castle was built by Tokugawa Ieyasu in 1609 and is the residence of the Owari Tokugawa family which is the head of the three Tokugawa families.
It is one of Japan’s top 100 castles, and along with Osaka Castle and Kumamoto Castle, it is also known as one of Japan’s top three castles.
Nagoya Castle is a nationally designated special historic site, and three turrets and three gates designated as national important cultural properties.
It has the largest castle tower in history since Nobunaga Oda built Azuchi Castle with a full-fledged castle tower for the first time, and is famous for its pair of ”Golden Shachi(kinshachi)”, a male on the north side and a female on the south side.
Nagoya-shuku was a major post town on the Minoji Kaido, which connected the Tokaido and Nakasendo, two of Japan’s five important Edo roads at the time.
On May 14, 1945, during World War II, the castle tower , smaller keep, and Honmaru Goten and many things were destroyed in the bombing of Nagoya by the B29 unit of the U.S. Army.
Later, in 1959, the castle tower was restored with the efforts of the local shopping district and donations from all over the country.
Nagoya Castle. It is also called Mei-jo, Kinshachi-jo, and Kin-jo.
[Reference] Nagoya Castle Official Site. 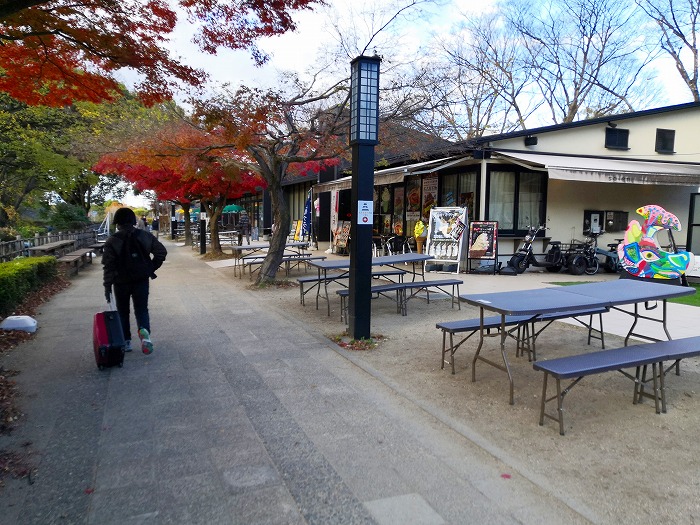 *”Shiyakusho Station” was renamed to “Nagoya Castle Station” on January 4, 2023. 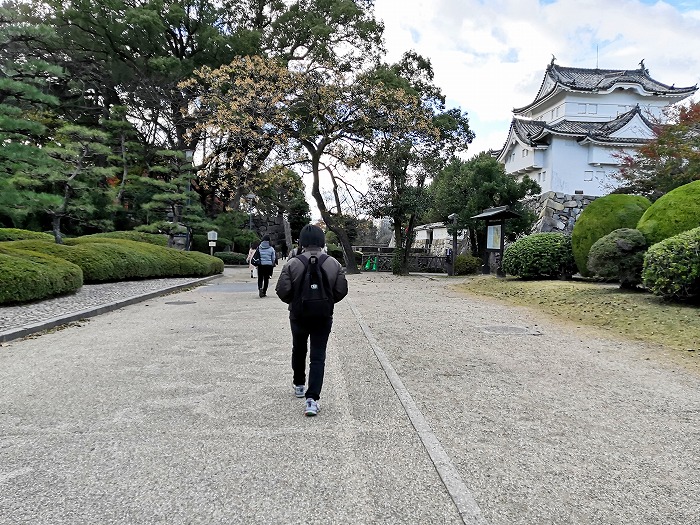 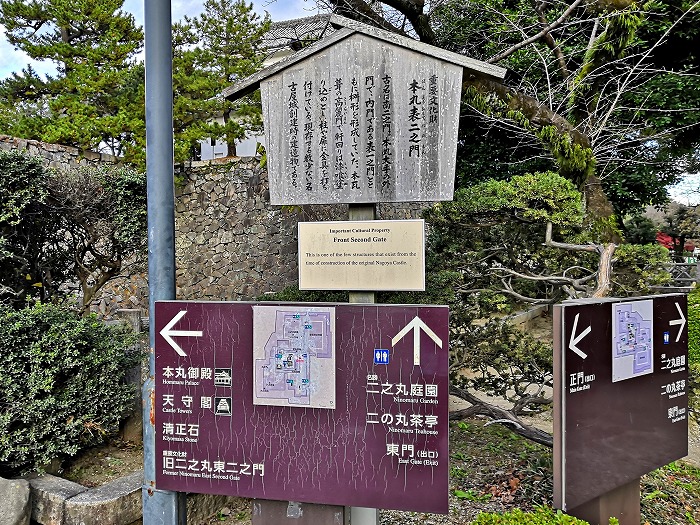 check the information board, 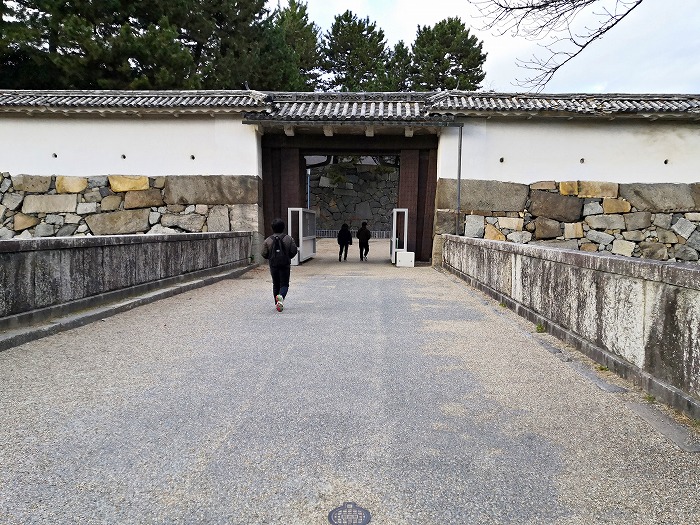 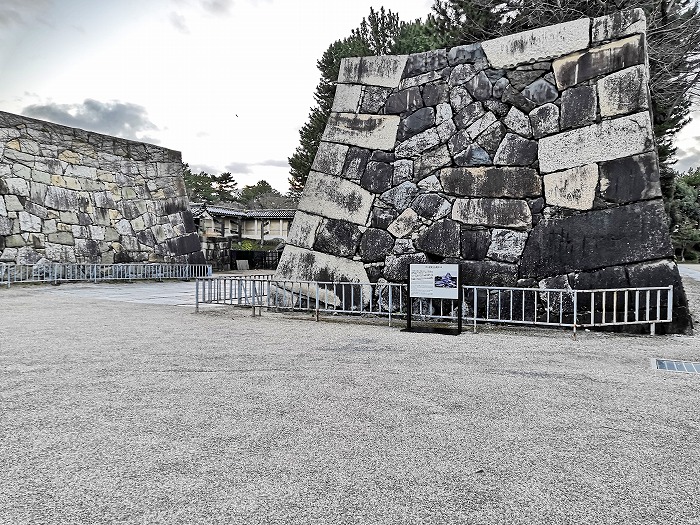 After passing the remains of Honmaru Omote Ichinomon(Front the first gate.), 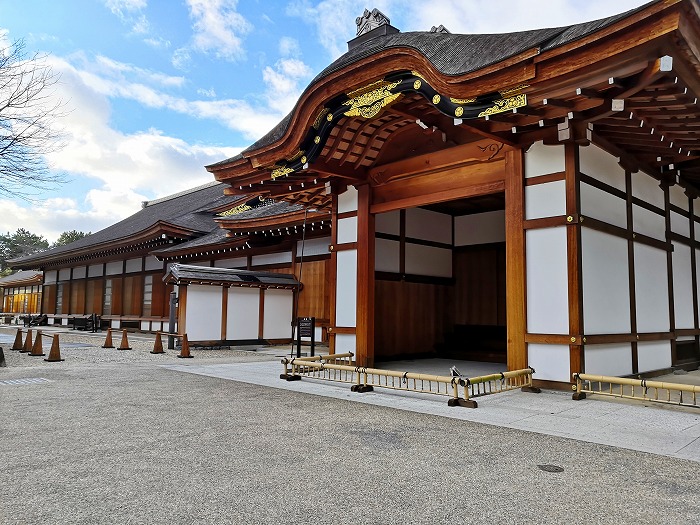 … Yes, we are in a real hurry because we are short on time again. 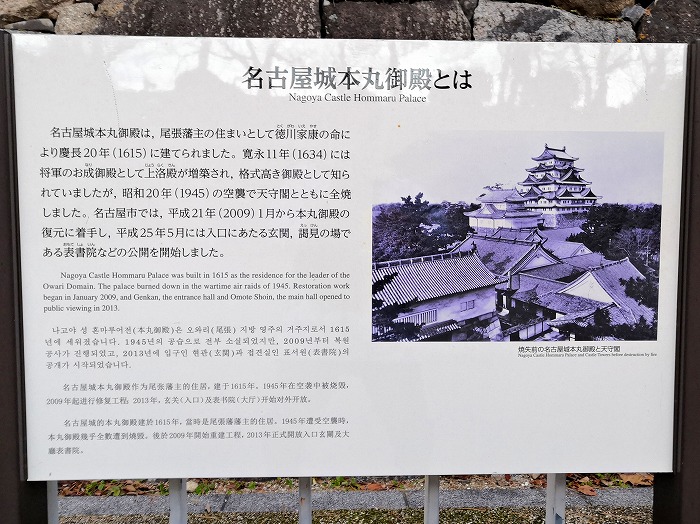 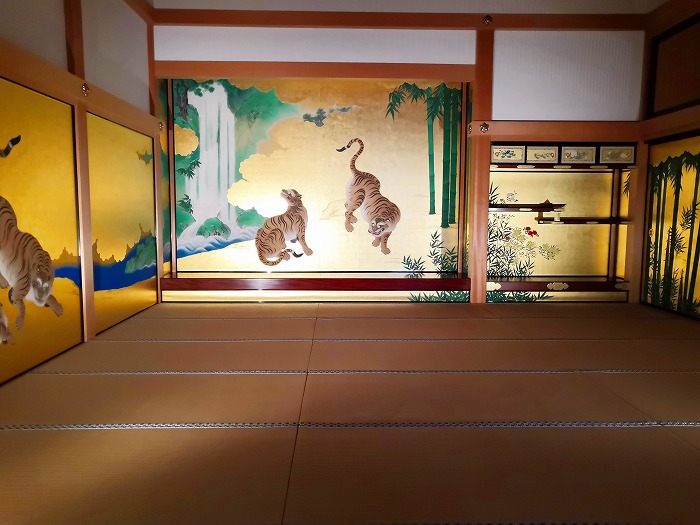 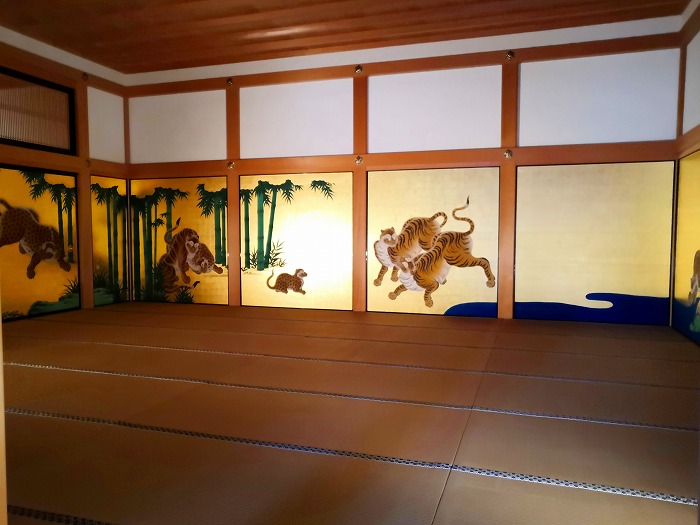 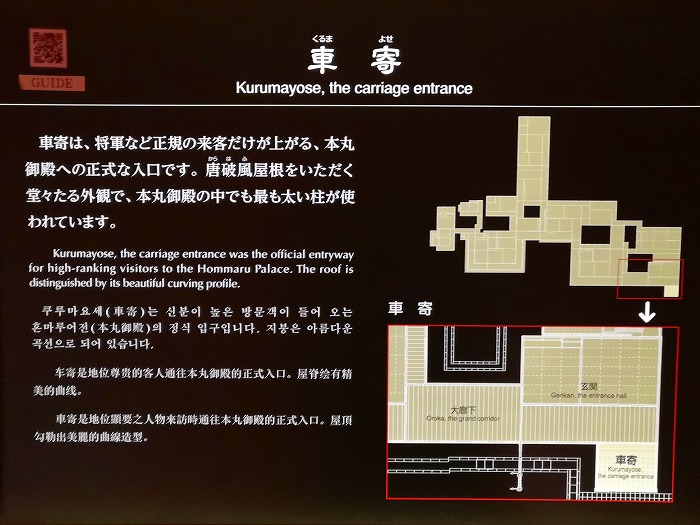 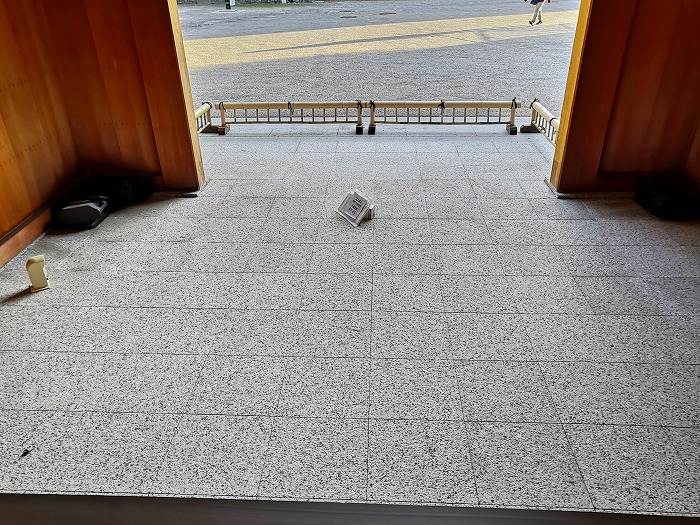 Kuruma-yose(carriage porch) is a mansion of aristocrats, and it is the part that protrudes from the entrance of the building for getting on and off with cars and palanquins.
In the old days, it was entered and exited from the Tsumado of the East-West Chumon Corridor. 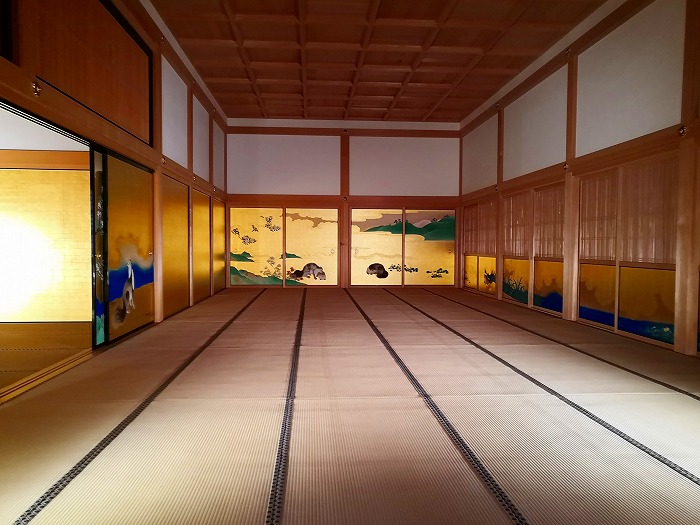 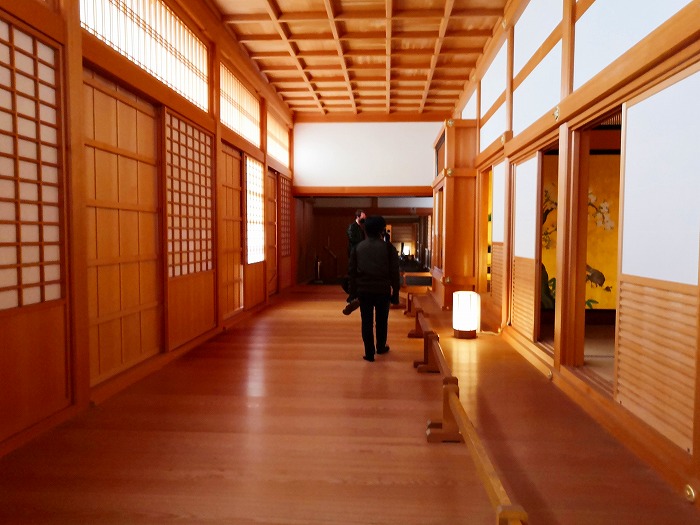 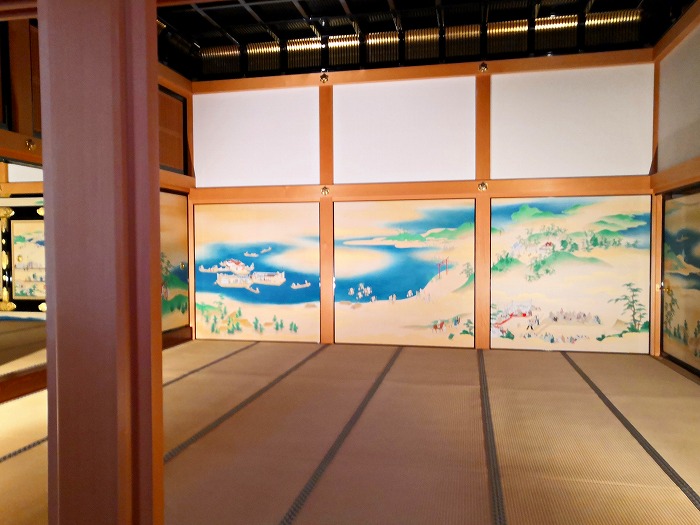 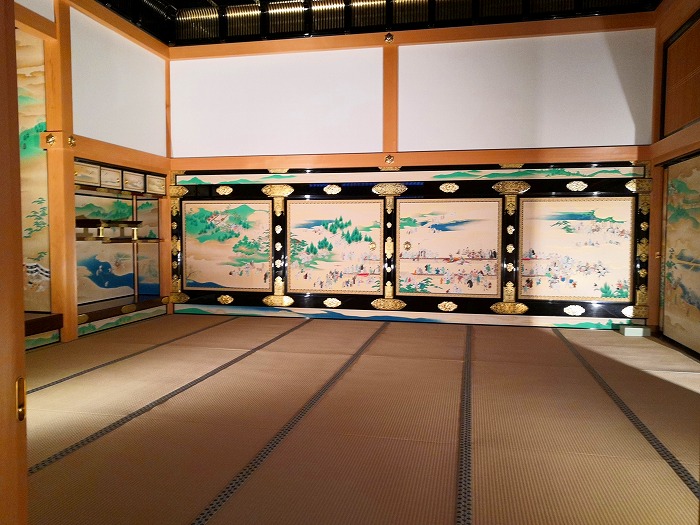 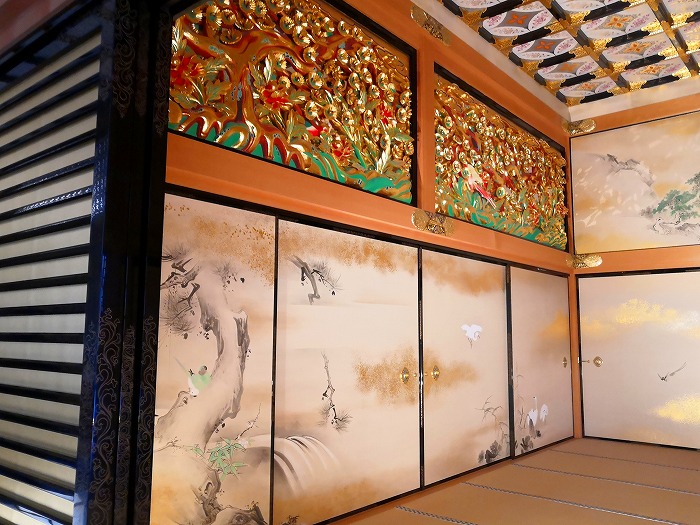 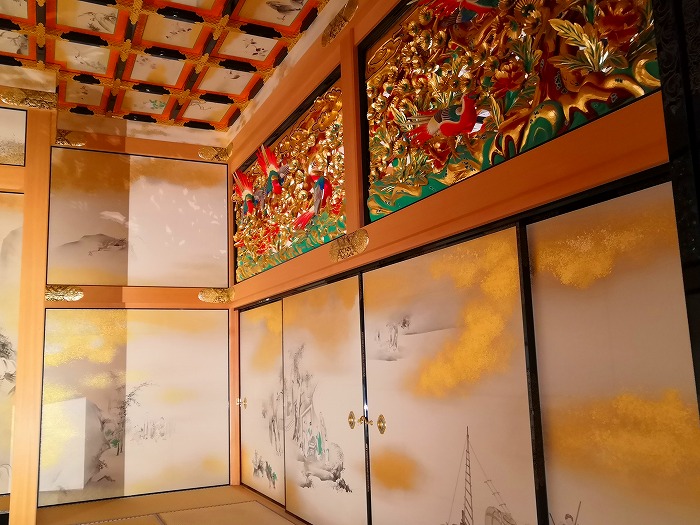 A Ranma(transom) with different designs on the front and back. 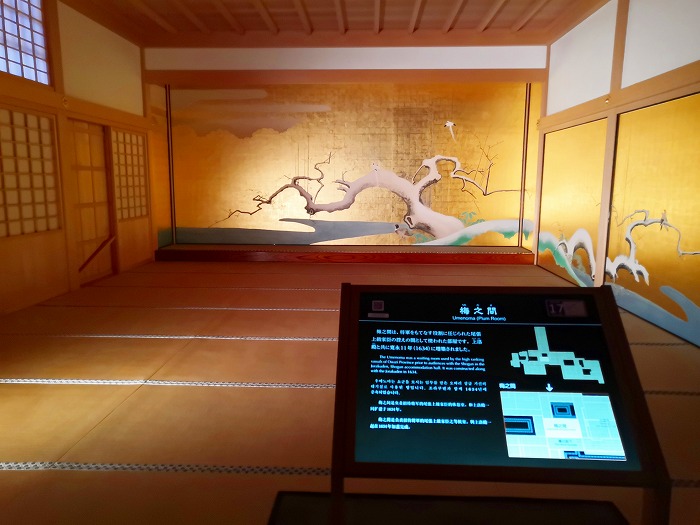 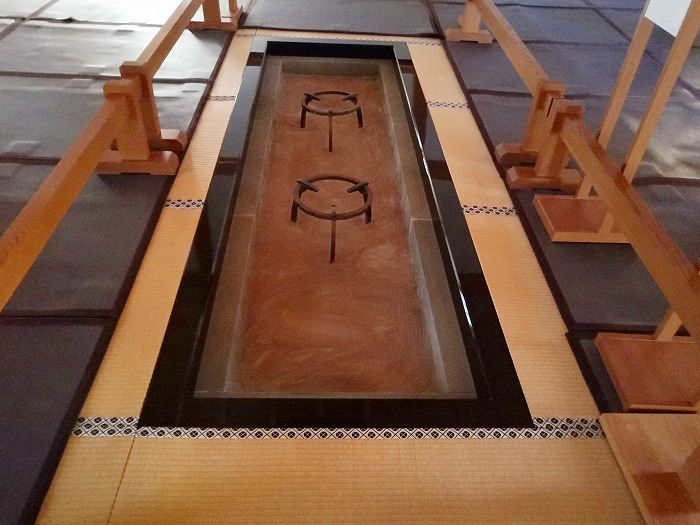 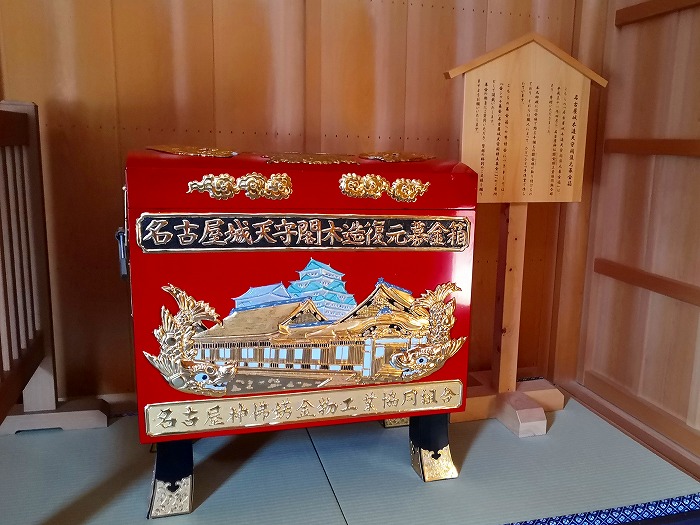 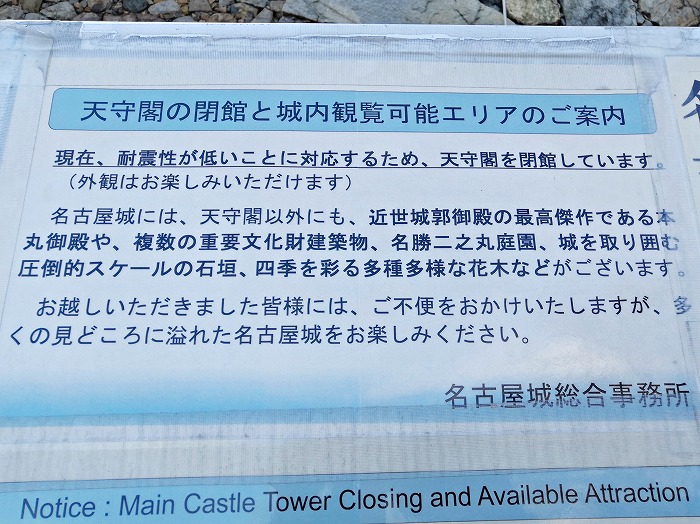 Unfortunately, Nagoya Castle castle tower is not open to the public due to safety issues. 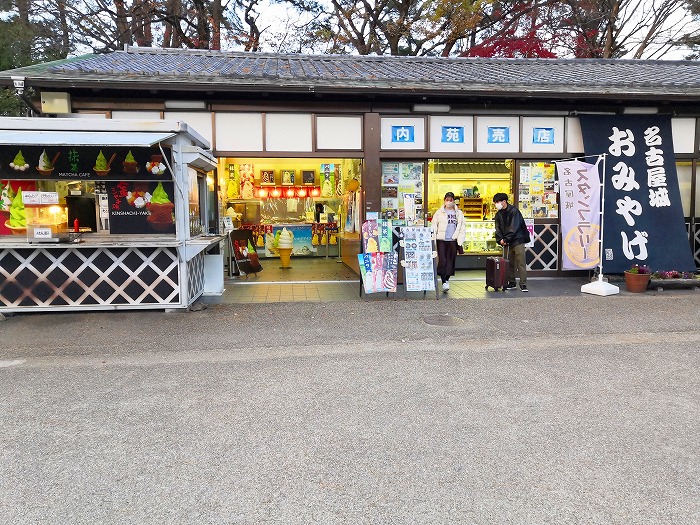 There is a souvenir shop and a sweets shop. 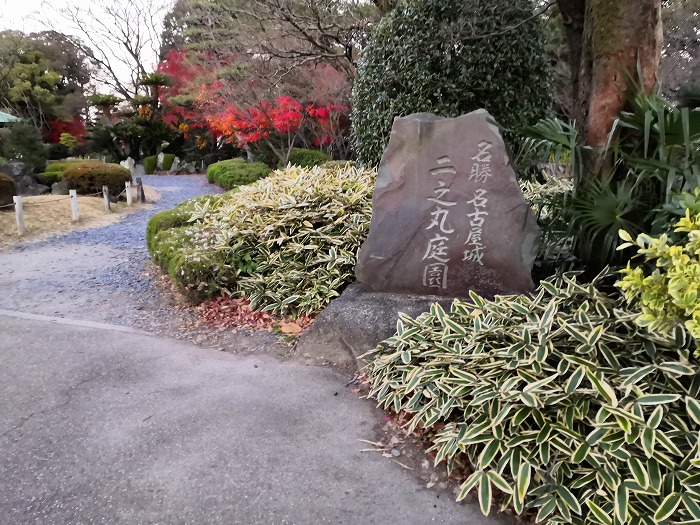 Here is the ruins of Nagoya Castle(那古野城), which is said to be the birthplace of Nobunaga Oda.

“Nagoya Castle(那古野城)” where Nobunaga was born and the current “Nagoya Castle(名古屋城)” have the same pronunciation, but different chinese-caracter. 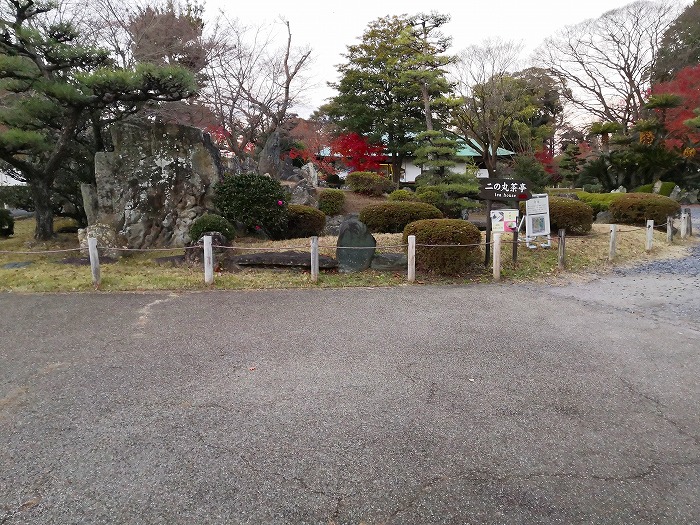 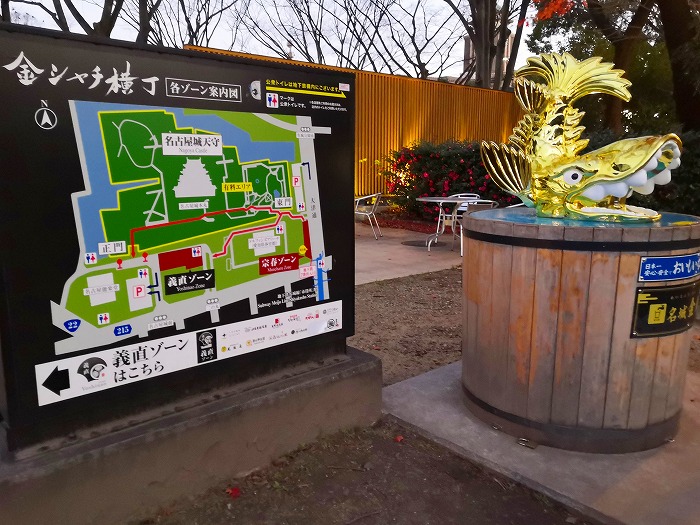 The restaurant area of Nagoya Castle opened on March 29, 2018. 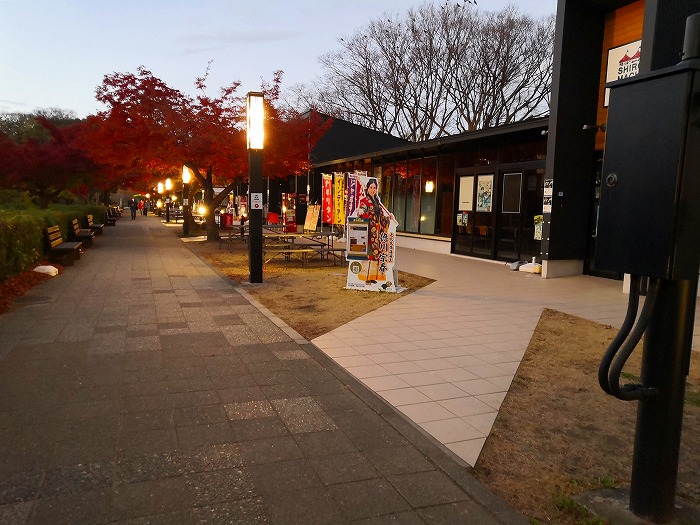 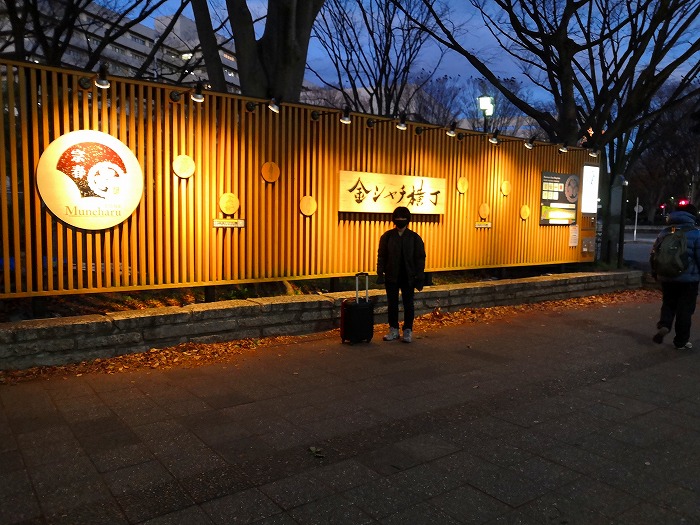 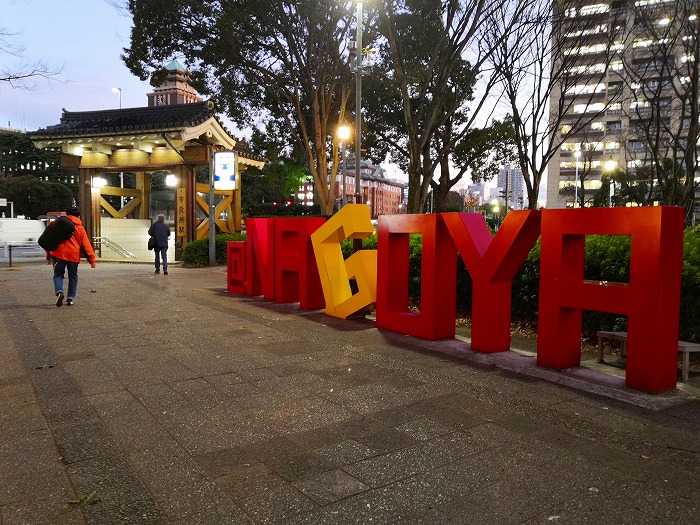 The entrance in front of Nagoya Castle Station (former City Hall Station) on the left is stylish.