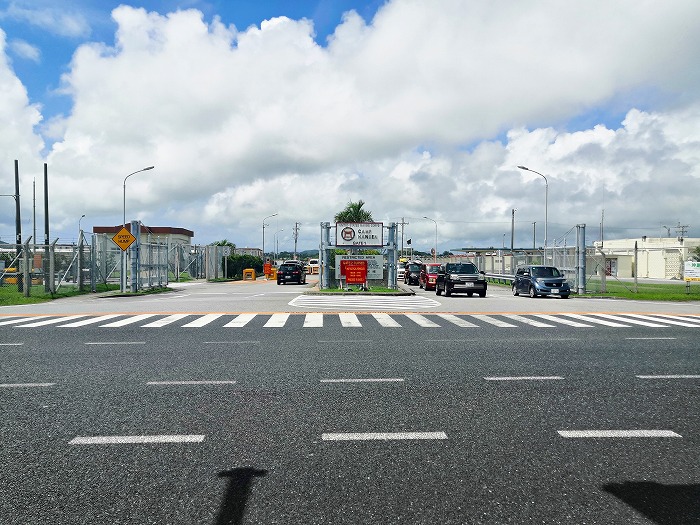 Camp Hansen is a U.S. Marine Corps post. The base is named after Private Dale Hansen, who was awarded the Medal of Honor for being killed in the Battle of Okinawa.

In 1945, immediately after the war, Kin Airport was built in this area.
During the Vietnam War (1955/11/01-1975/04/30), it was used as an intermediate transit point between the United States and Vietnam.
Many American soldiers came to Camp Hansen, and the town of Kin was bustling with people as the “U.S. military town/entertainment district.”

The area opposite the main gate of Camp Hansen is called “Kin new frontier”. 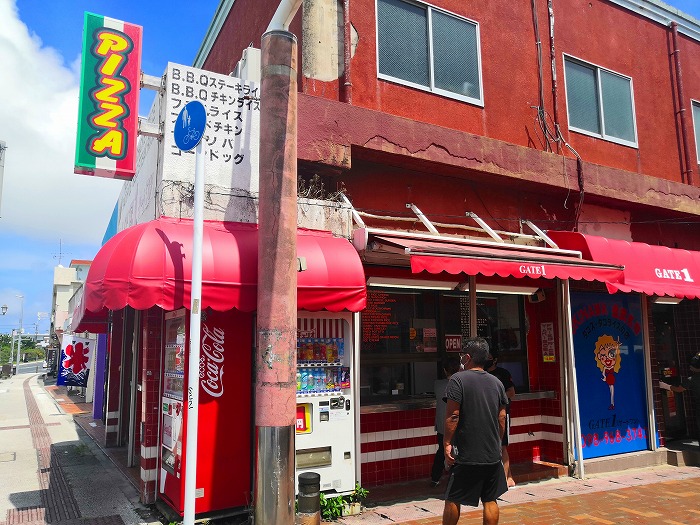 Parlor Gate 1 is directly opposite the main gate of Camp Hansen.
It sells BBQ steak rice, BBQ chicken rice, fried chicken, etc., and is loved by many US soldiers. 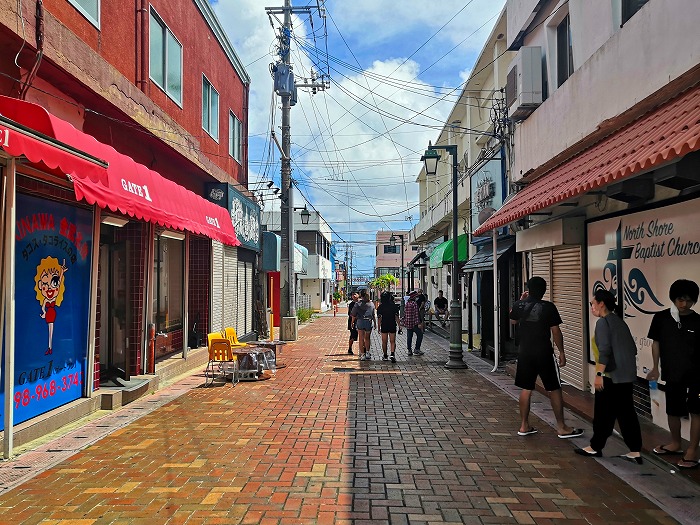 This is the street directly across from the main gate of Camp Hansen. 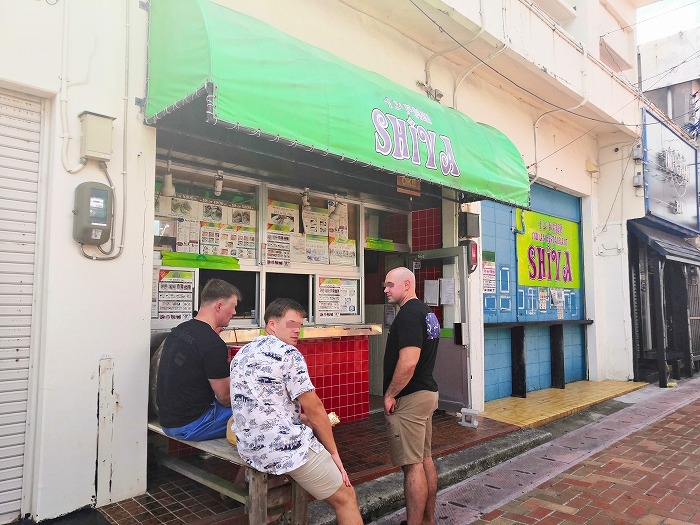 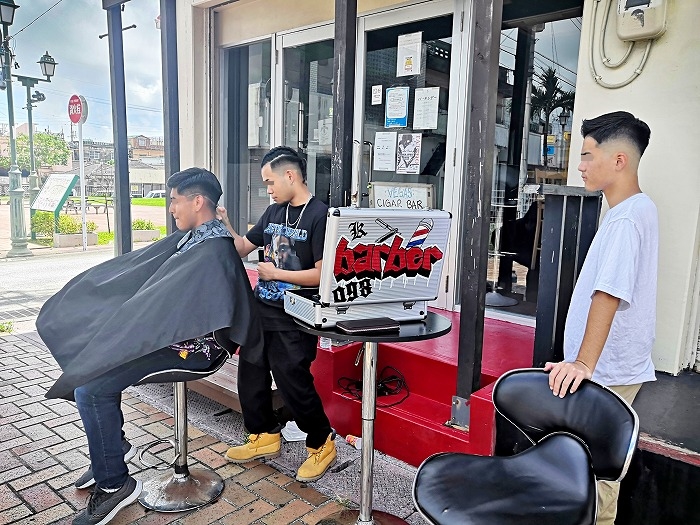 I thought that a street barber shop was a rarity, so I asked him like,

“Hi there, can I take you guys photo?”

then he reply me,

“Said what?! No, no, no, in a place like this, with that outfit, and that face, anyone would think you’re American.”

“Oh, this guest is a foreigner.”

I was so embarrassed, so I had talked a lot.

He told me that they don’t do it every day, and if they feel like it, they open a street barber like this.