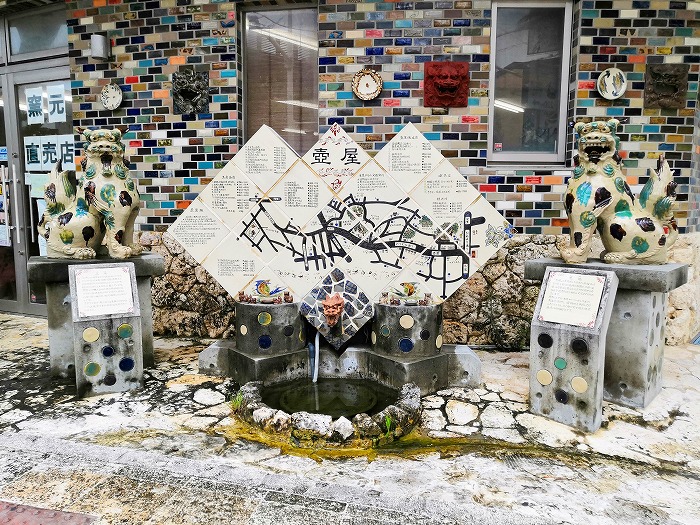 “Yachimun Street” in Tsuboya, Naha City. Tsuboya Yachimun Street is a 400-meter stone-paved Ryukyu limestone road that runs from the Hyatt Regency Naha to the exit across from the McDonald’s Himeyuri Street branch on Route 330(commonly known as Himeyuri Street). Since the Ryukyu government gathered pottery kilns from all over the country, it became a pottery town and has a history of about 300 years.

“Hyatt Regency Naha Okinawa” is about 300 meters up the slope from Tenbusu Naha on Kokusai Street. 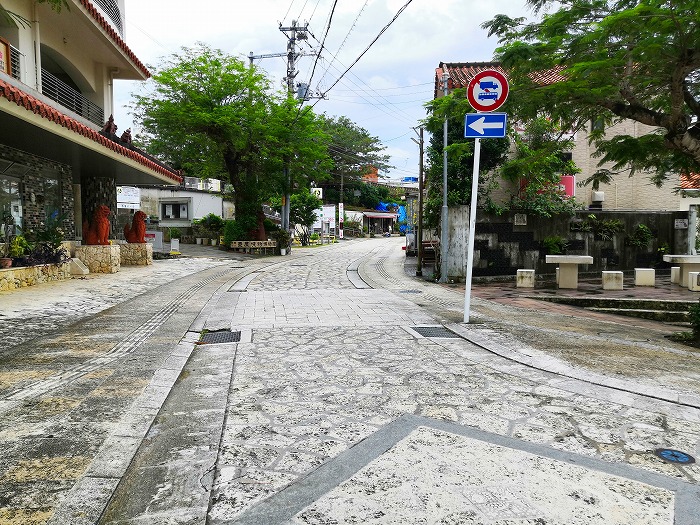 There is a stone-paved road of Ryukyu limestone across from the Hyatt, which is called “Tsuboya Yachimun Street”. 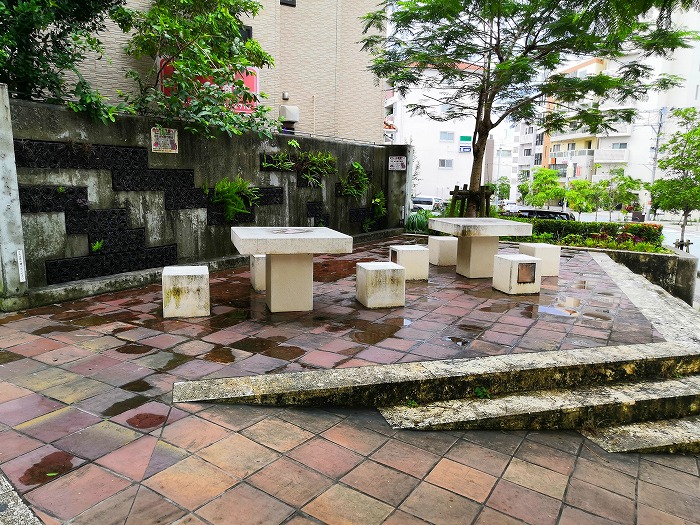 There is a small rest area along the street, which marks the entrance to Tsuboya Yachimun Street. 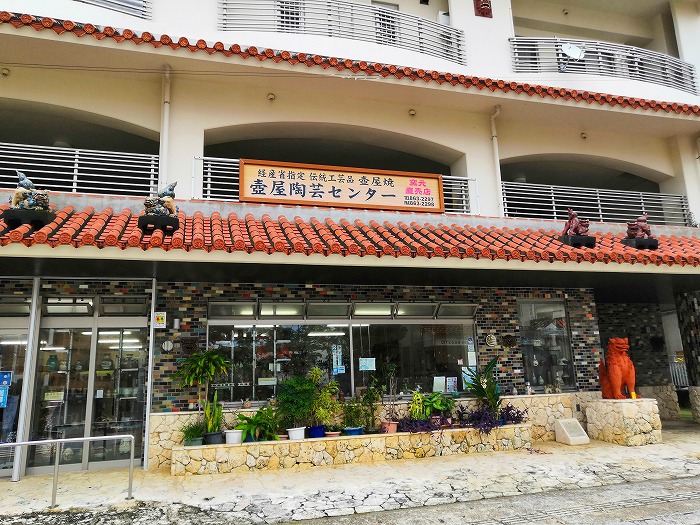 At the entrance of Tsuboya Yachimun Street, there is the “Tsuboya Pottery Center”, a traditional craft Tsuboya ware designated by the Ministry of Economy, Trade and Industry. 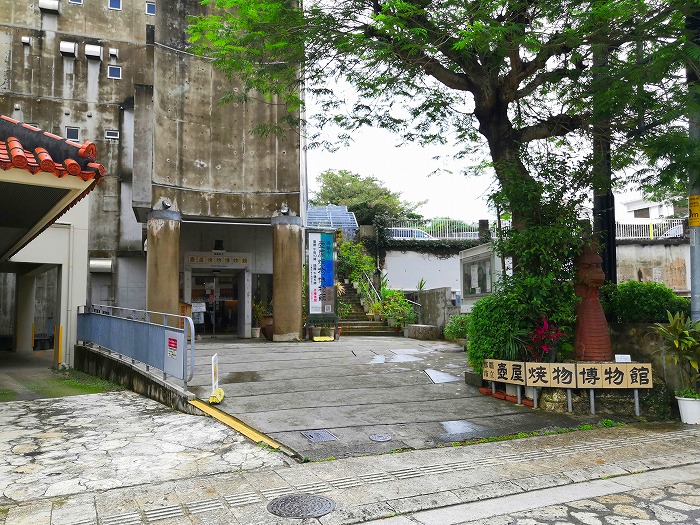 Right next to it is the “Tsuboya Pottery Museum”. 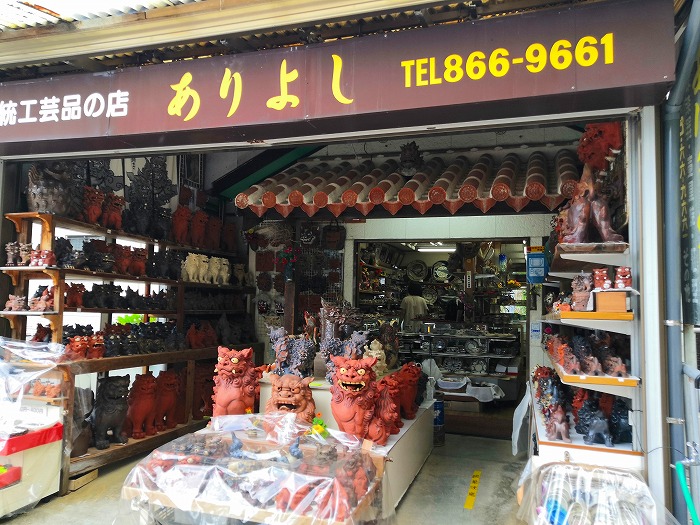 There are plates in the back, but the front of the store is full of shisa.

There is also a coin-operated parking lot in the middle of Tsuboya Yachimun Street.

By the way, this street can also be passed by car or motorcycle, but it is a one-way street from the Hyatt side to the Himeyuri-dori McDonald’s side, so be careful when coming by car. 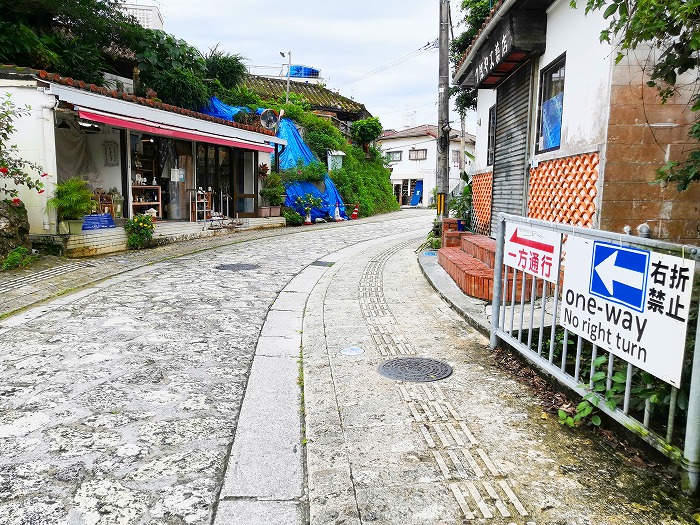 On this Street, there are shops that sell Tsuboya pottery and stylish cafes, where you can try your hand at pottery making using a potter’s wheel and bingata dyeing. 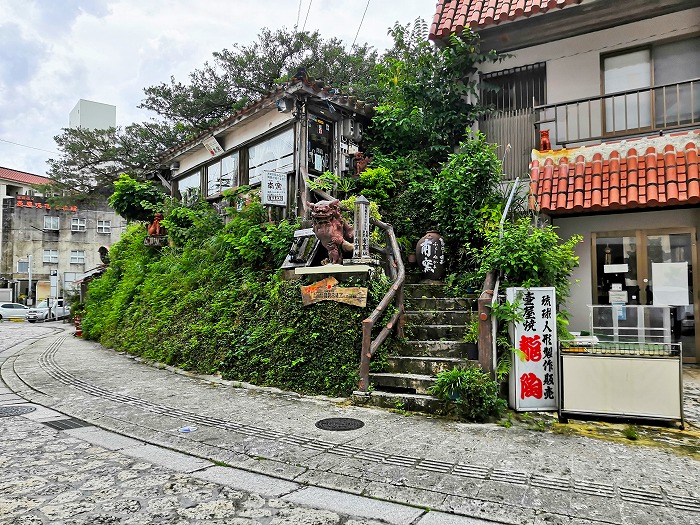 At “Fēnukama(south kiln)“, you can taste Okinawan sweets such as chinbin (250 yen) and popo (250 yen), along with coffee, tea, shikuwasa(Citrus depressa) juice, and more.

Of course, the vessels are Tsuboya-yaki cups and Ryukyu glass cups.

At the back of the shop, there is also a kiln called “Fēnukama(south kiln)” which was used as an Arayaki kiln until 1996 and is the only existing kiln, which is a designated cultural property of Okinawa Prefecture, and can be visited freely. 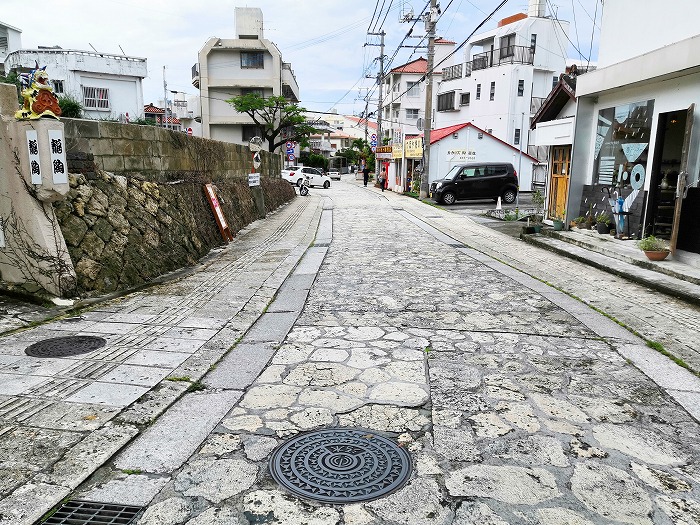 There are special discounts on products and services, and events such as visiting potteries and historic sites called “Tsuboya Maai”, The Eisa corps dance show, Okinawa’s traditional event “Hatagashira”, etc.

It is a lively and profitable two days.

Motor vehicle traffic restrictions are put in place, so you can enjoy the festival while leisurely strolling and shopping. 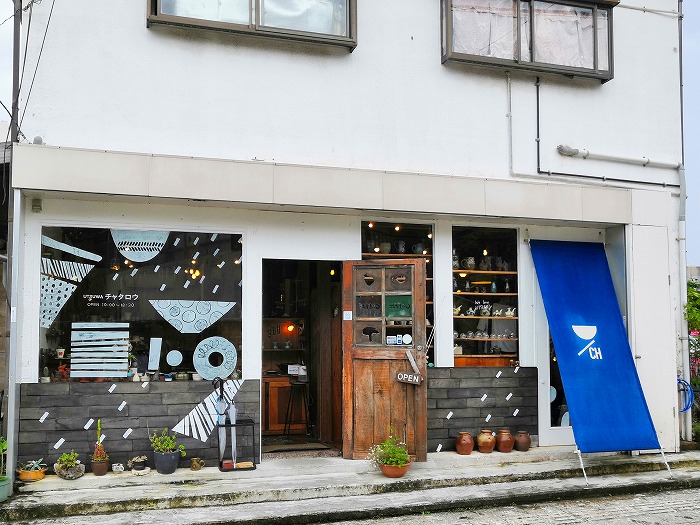 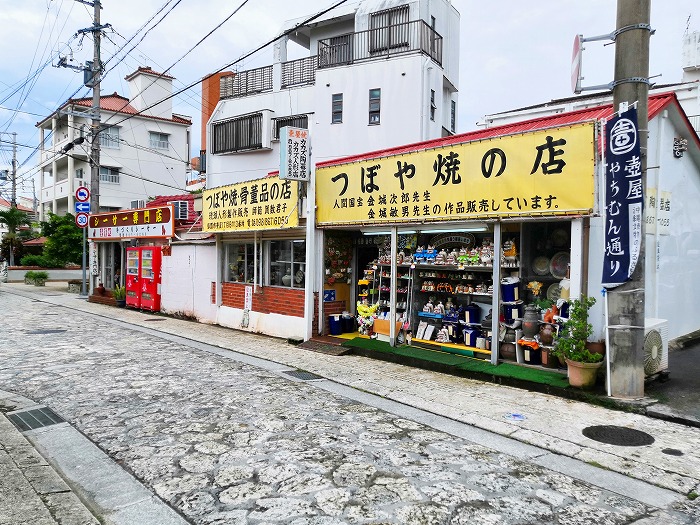 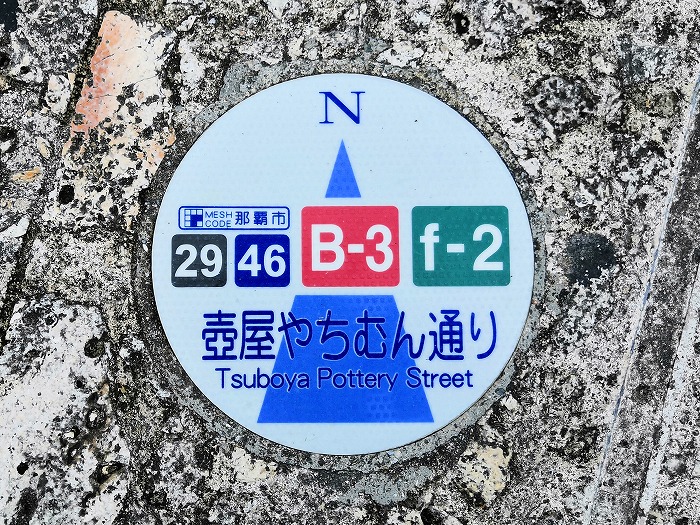 Such a cute regional mesh cord on the stone pavement. 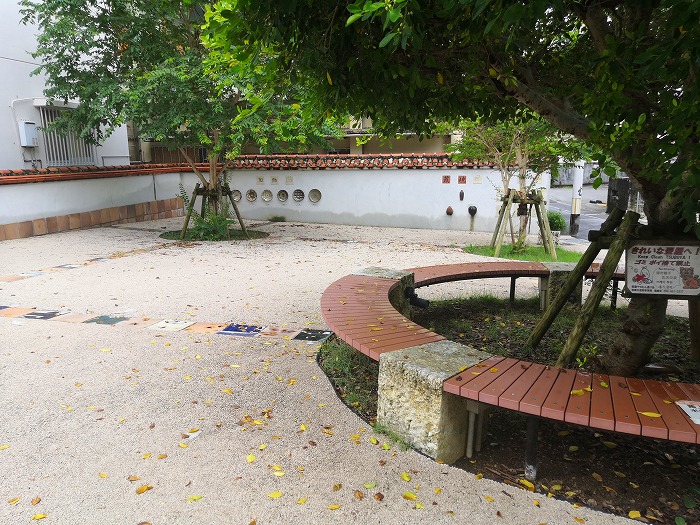 The purpose is to take a “nakayukui (rest)” while walking around Tsuboya Yachimun Street. 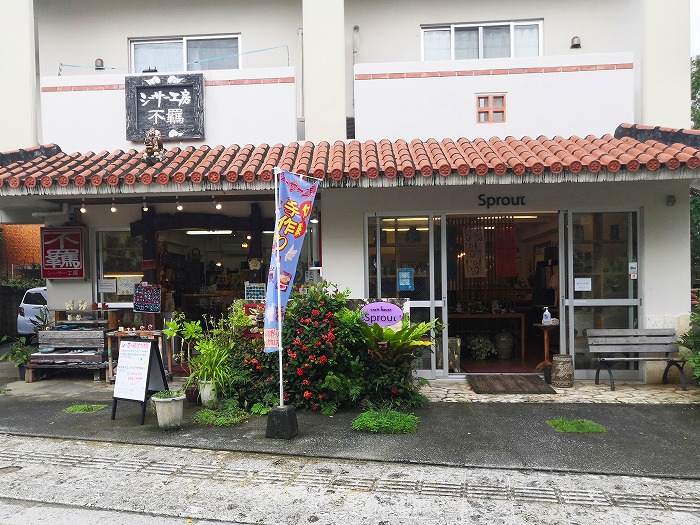 “Shisa workshop Fuki” is a Shisa specialty store that sells directly from the pottery, and has three stores on Tsuboya Yachimun Street.

Of course, there are also cups and plates in addition to Shisa.

“Yatch and Moon” is a select shop that sells Tsuboya-yaki dishes, pottery, and accessories. 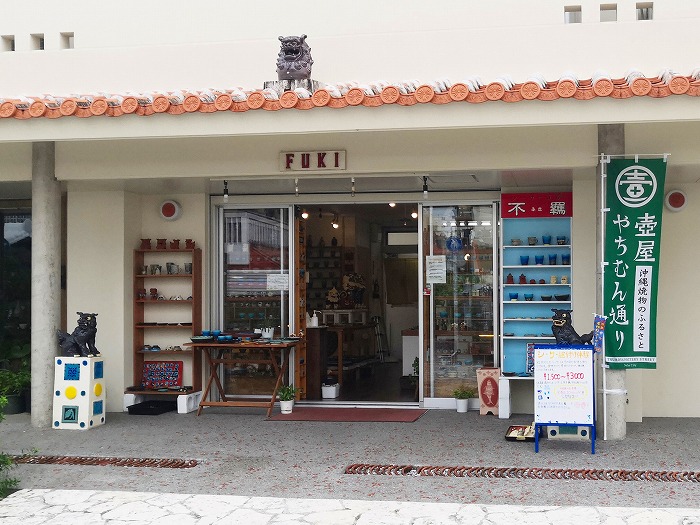 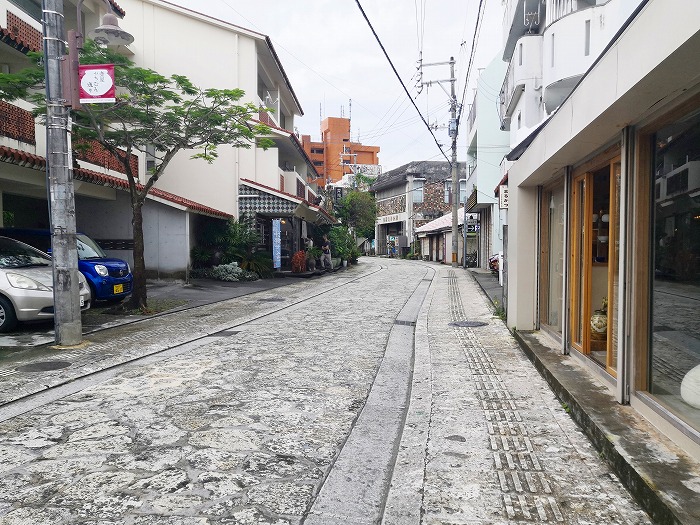 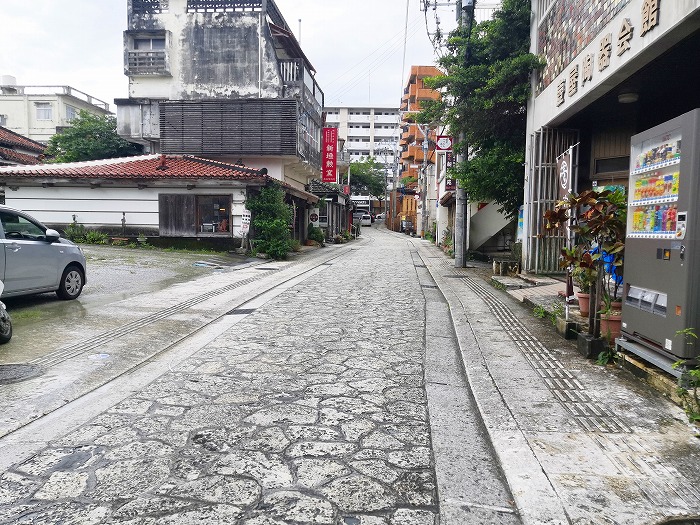 It was a weekday afternoon during the COVID-19 crisis, but I saw a few tourists. 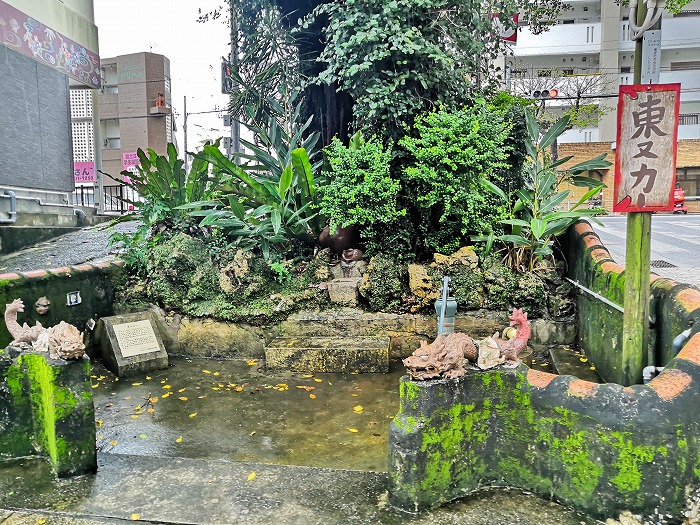 This well is said to have been dug first when Tsuboya Village was established, and it is said that water still flows when the pump is turned on.

It is now a place of worship. 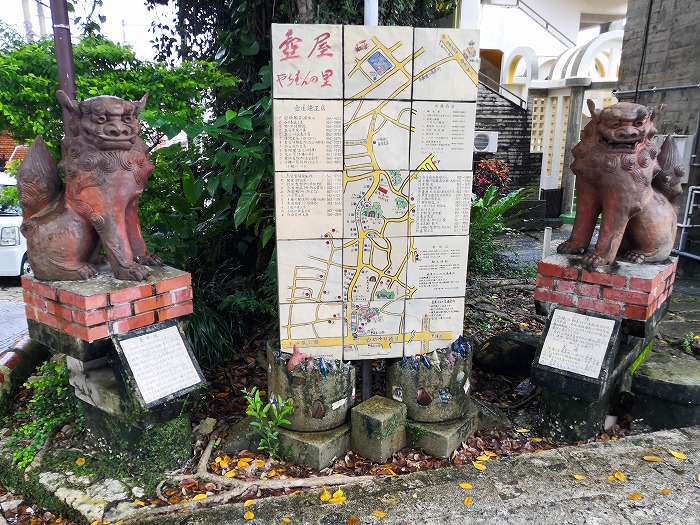 Tsuboya Yachimun Street is a one-way street, so you can’t drive in from this side.

However, I would like you to explore Tsuboya Yachimun Street on foot.