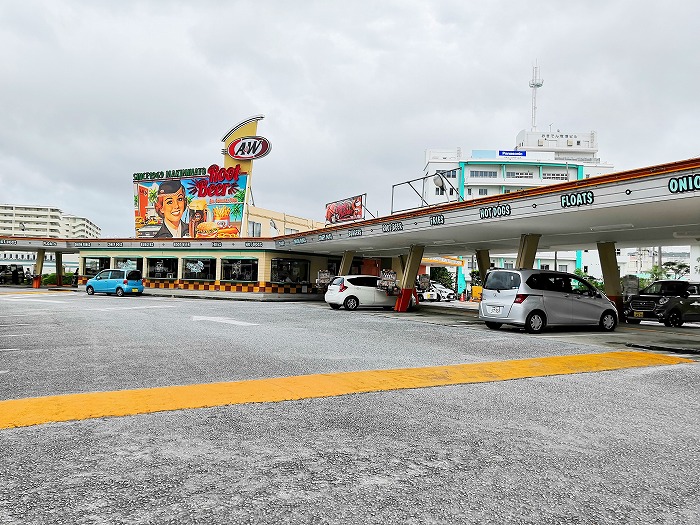 A&W is the first opened fast food chain in Japan, and the first store opened in Yagiharabaru, Okinawa on 1963.

Well, At that days, Okinawa was still under the control of the United States until 1972, So some people says Japan’s first fast food chain was “Dom Dom Hamburger”, which opened its first store in February 1970.

Currently, Japan’s A&W has only 27 stores, and all of them are in Okinawa (excluding US military bases), so it can be said A&W is one of the food content that represents Okinawa. 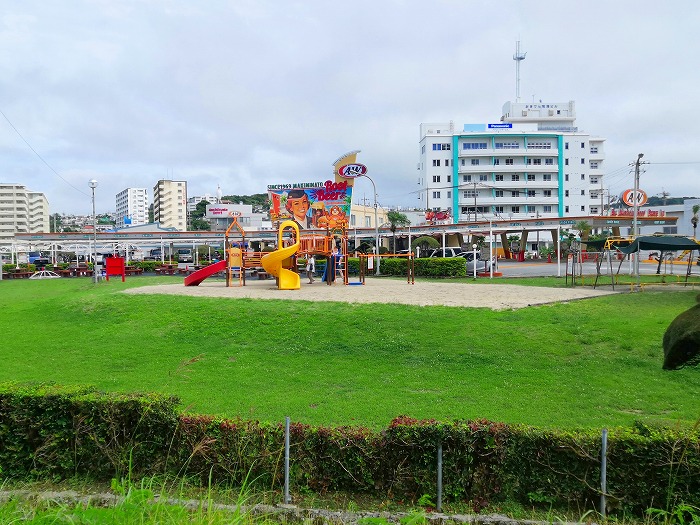 “A&W Makiminato” is known for its large signboard located along the Makiminato viaduct on Route 58. 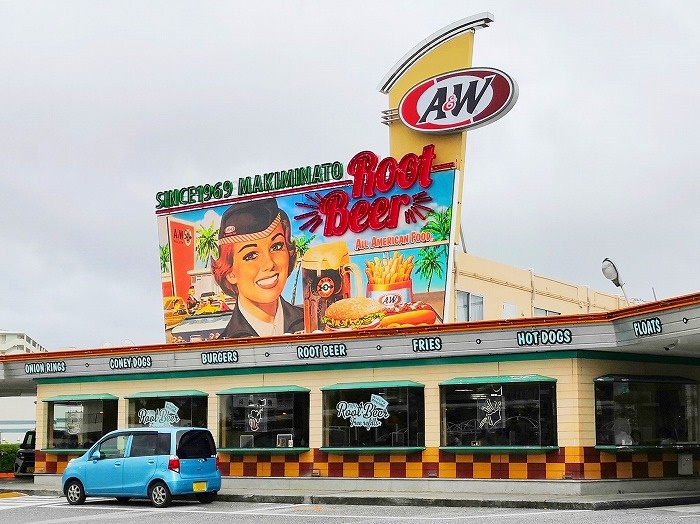 It is open 24 hours a day and has a drive-in that can accommodate 100 vehicles. The lawn area has parasol seats, a sandbox, playground equipment, and a fountain where you can play in the water, making it very popular with children.

A famous restaurant that has been loved since it opened on August 25, 1969. 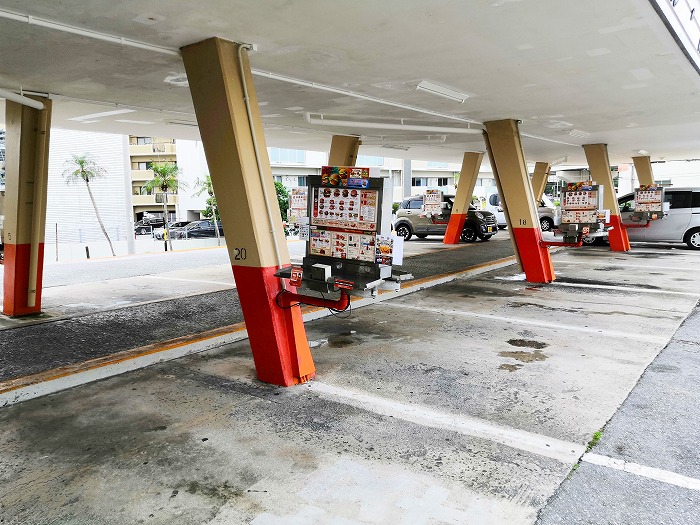 The Makiminato store is characterized by a system called “drive-in” which you can order while you stay in your car parked in the parking lot, and then eat the hamburgers that are brought to you in the car.

The word “Drive-inn” usually refers to accommodation facilities, so it’s a little confusing,

that kind of difference.

By the way, in the US, this method is called “carhops”, so this name “drive-in” is probably an Okinawa A&W’s particular naming. 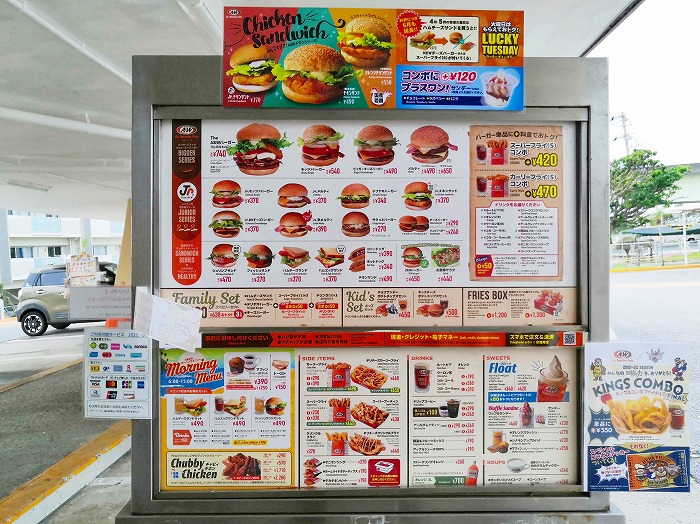 Park a car in the parking lot, open the window and place your order.

This restaurant supports payment by credit card and electronic money, but it seems that smartphone payment is not supported yet. 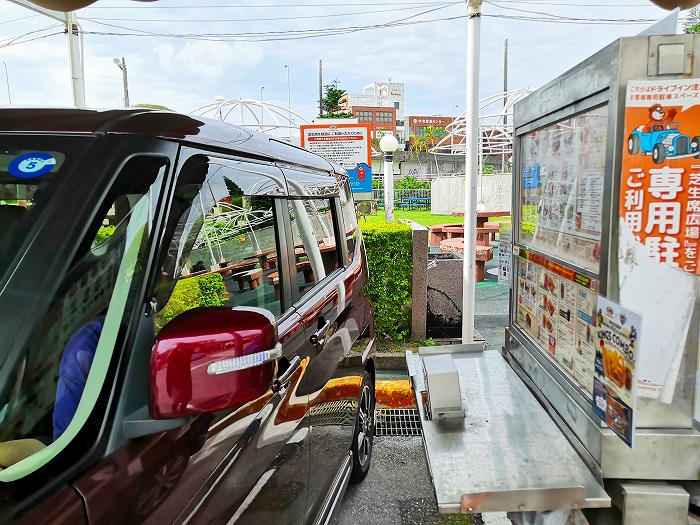 If you want to pay by credit card or electronic money, you need to tell them when you place your order. 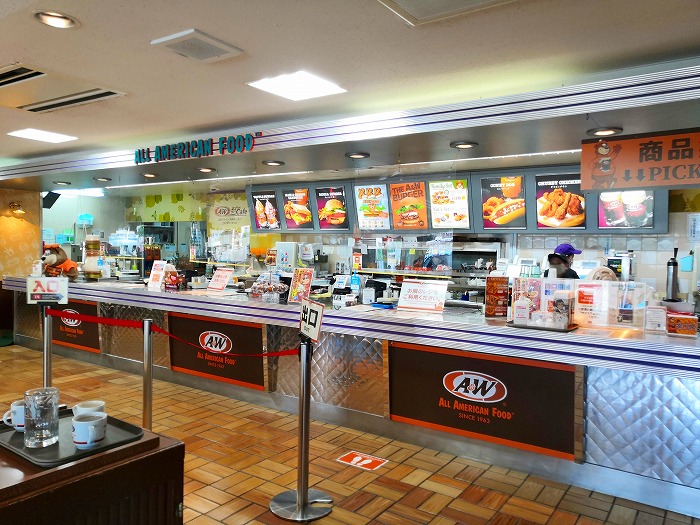 Of course, you can also order in-store. 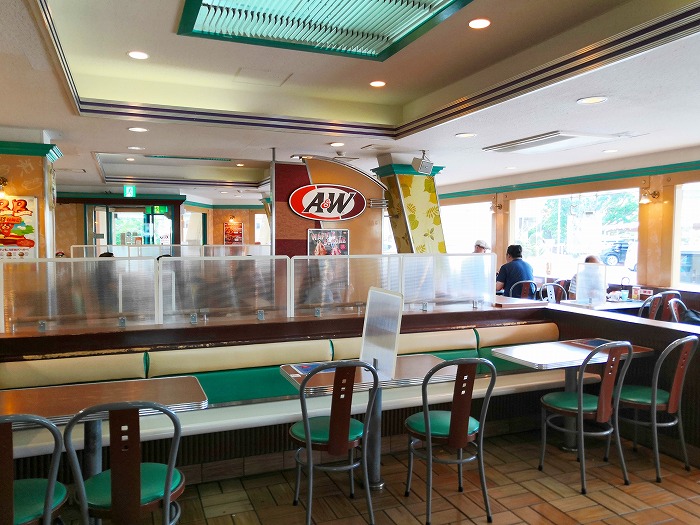 such as the lineup.

*The above prices are as of 2022/06. Please check the latest information on the A&W website. 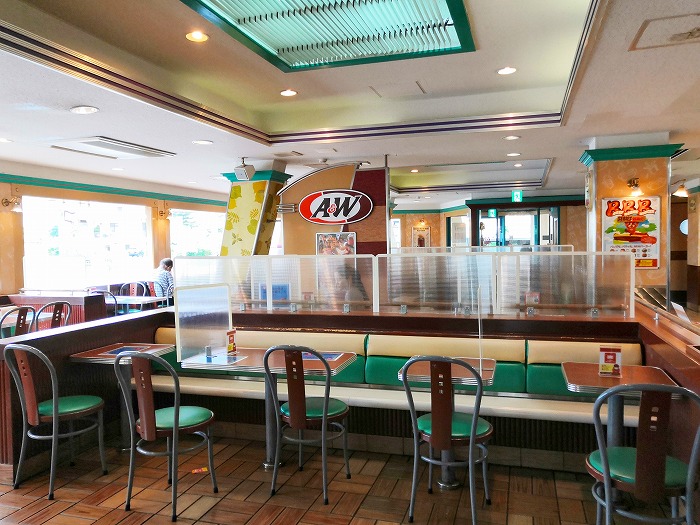 The store name A&W comes from the last names of the founders Roy W. Allen and Frank Wright.

Frank Wright was originally employed by Roy, but in 1922 Allen invited Frank to become his partner, and in 1923 they opened their first restaurant in Sacramento, California.

And from 1926, the franchise also started. 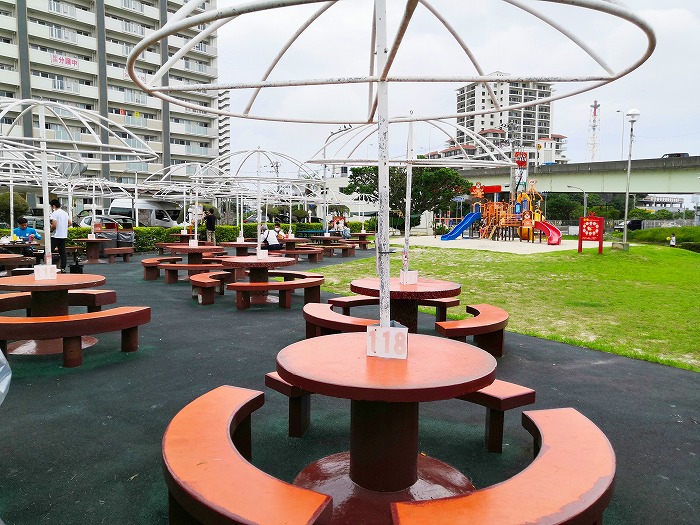 Lawn area with play equipment and sandbox for children. 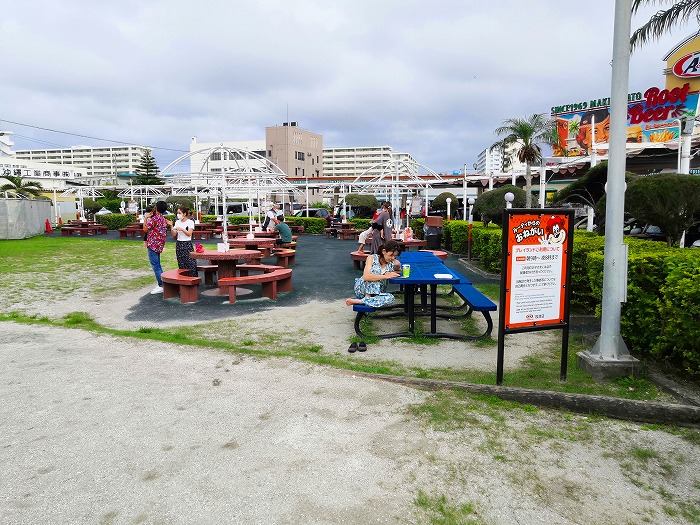 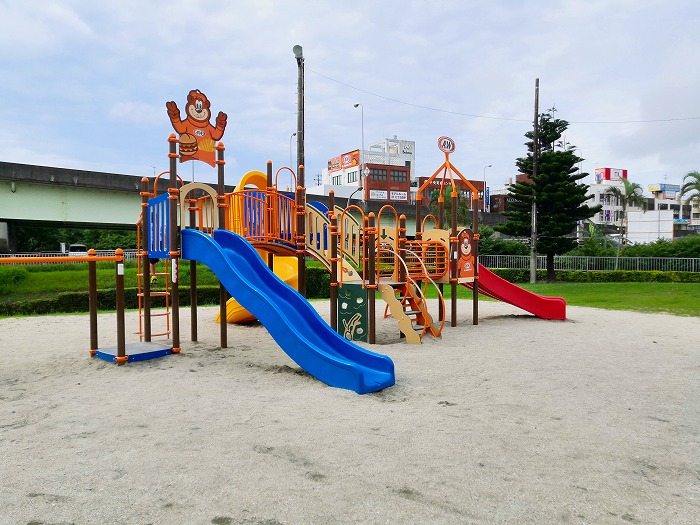 May be they renewed that. 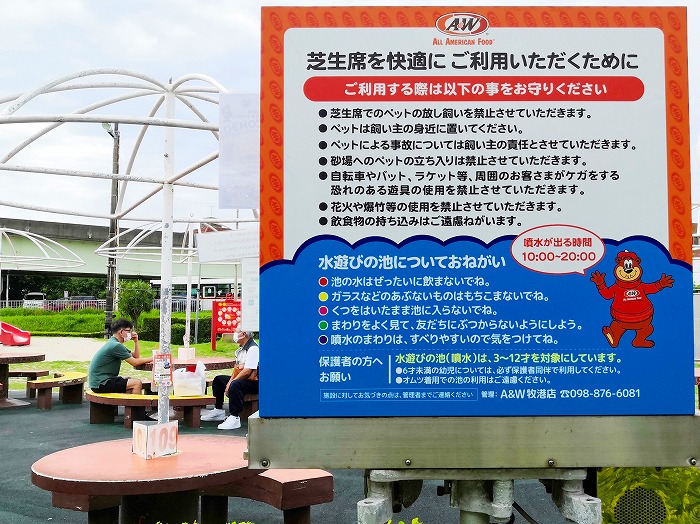 Notes on how to use the lawn area. 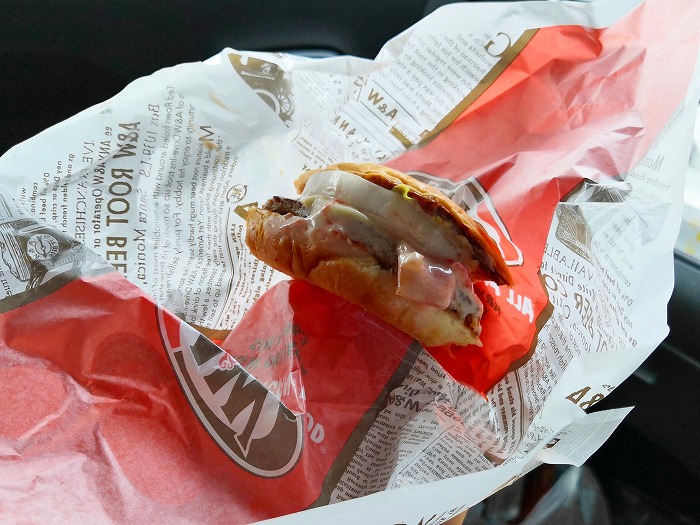 She ate the hamburger before taking a picture… 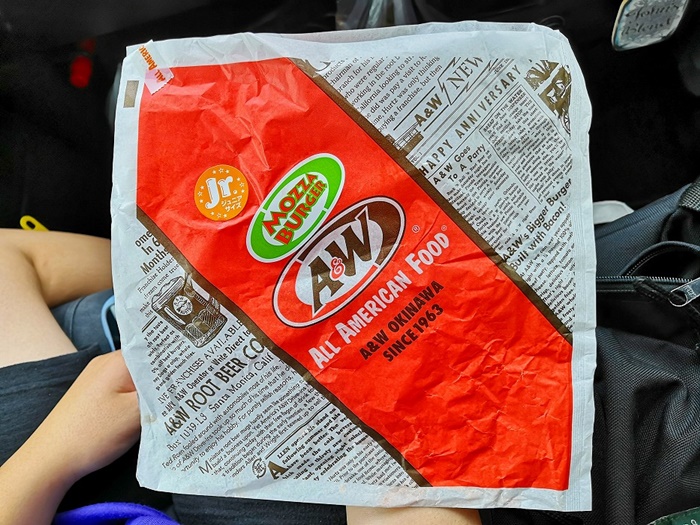 The design of the wrapping paper is also American. 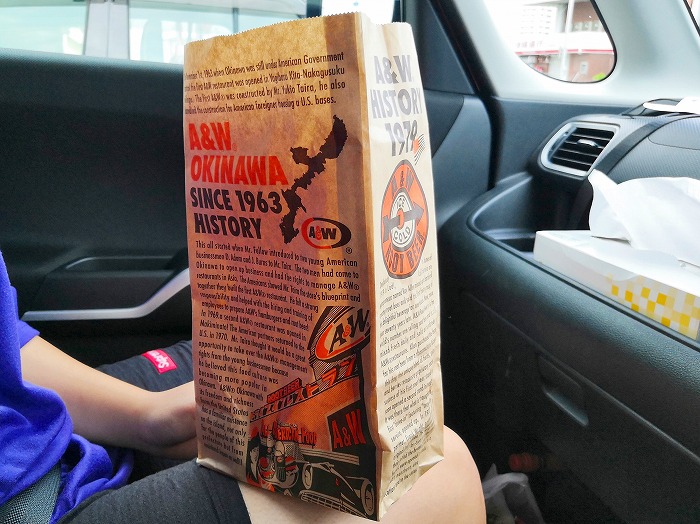 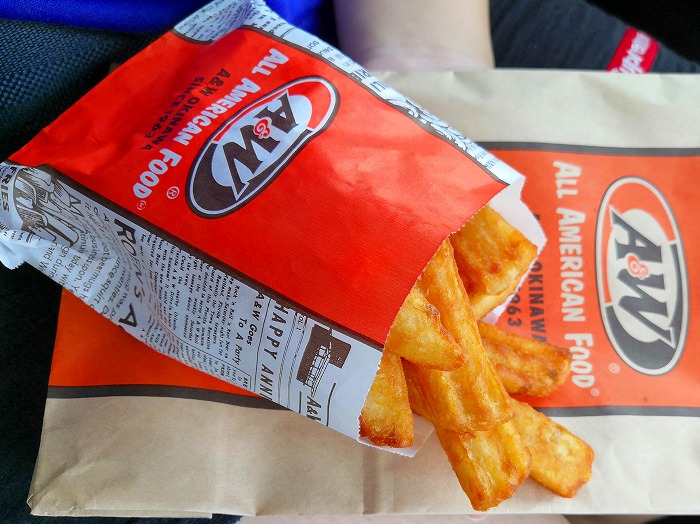 Well, A&W certainly has an original flavor not found in other burger shops and is delicious.