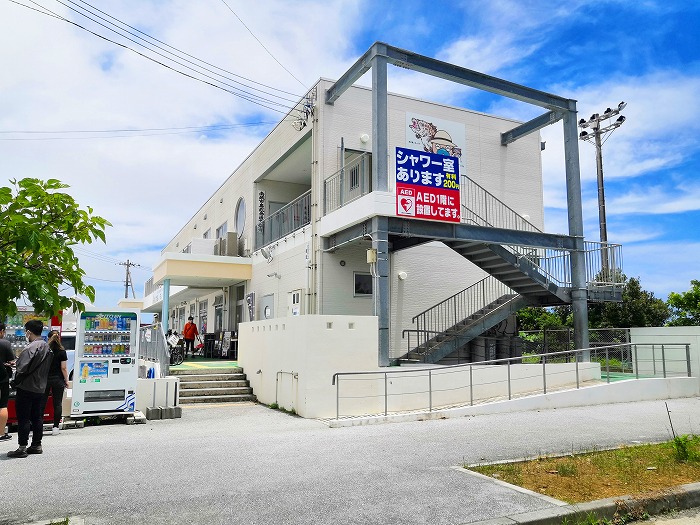 A facility that sells fresh fish landed at the Ou fishing port, which is just a stone’s throw away from the building, as well as processed marine products and local vegetables.

It’s almost the same facility as Naha’s “Tomari Iyumachi” and Nago’s “Nago Fishing Port Seafood Direct Sales and Restaurant”, but Oujima has been attracting customers for decades thanks to its tempura driving course. I think this kind of facility could have been built earlier.

But well, It’s could say that it’s a modern build because it didn’t planned up in a hurry.

There is also a paid shower (200 yen), so it is convenient if you come by car and swim at Ou Beach. 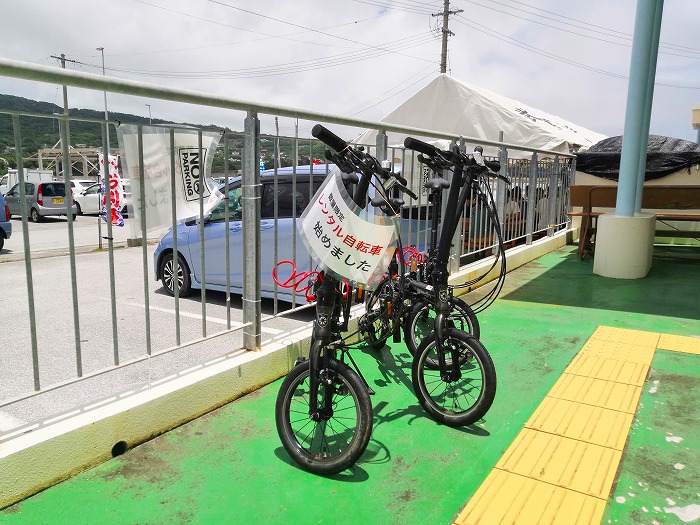 Recently, all these facilities have started rental bicycles. 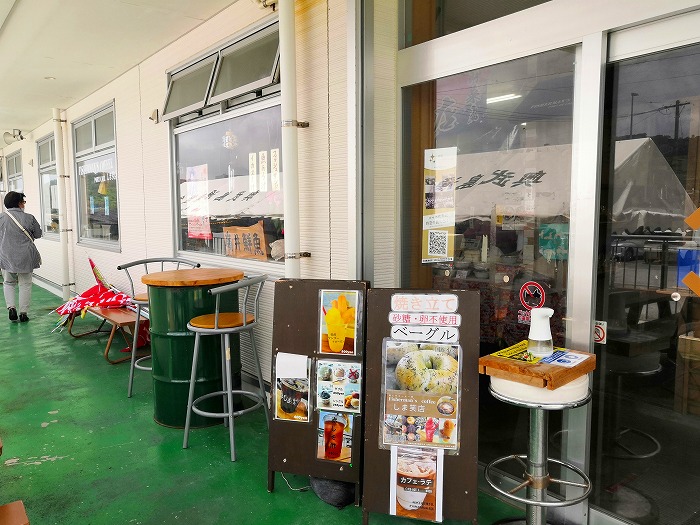 We can enter the toilet from here, but the flow of people is from the another side. 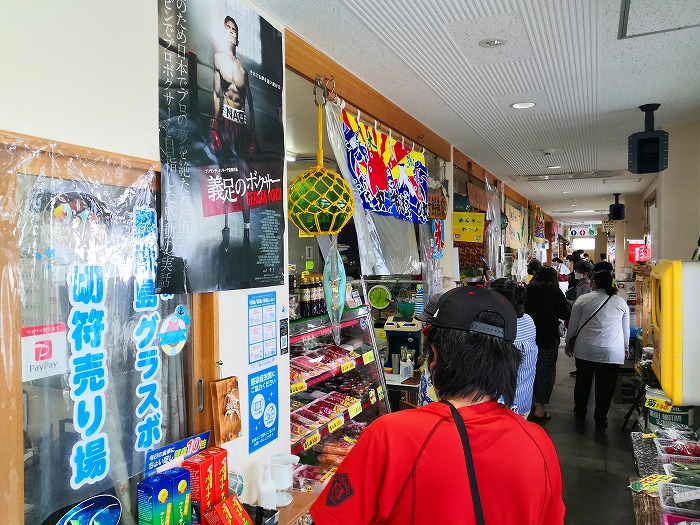 It’s still new and clean, but 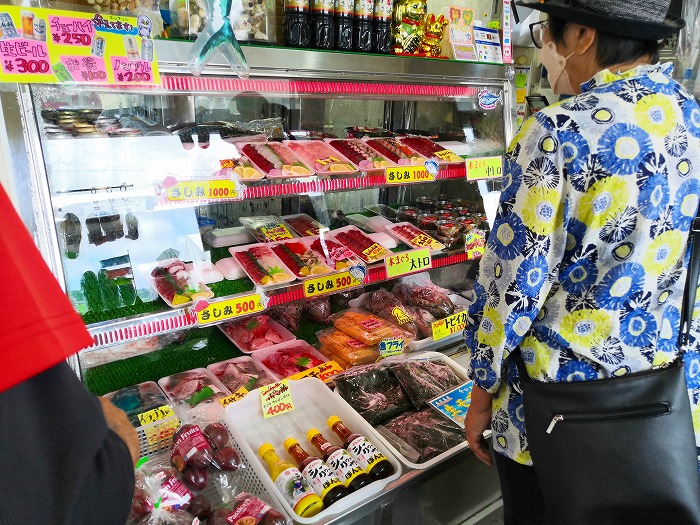 And also have big fatty tuna. 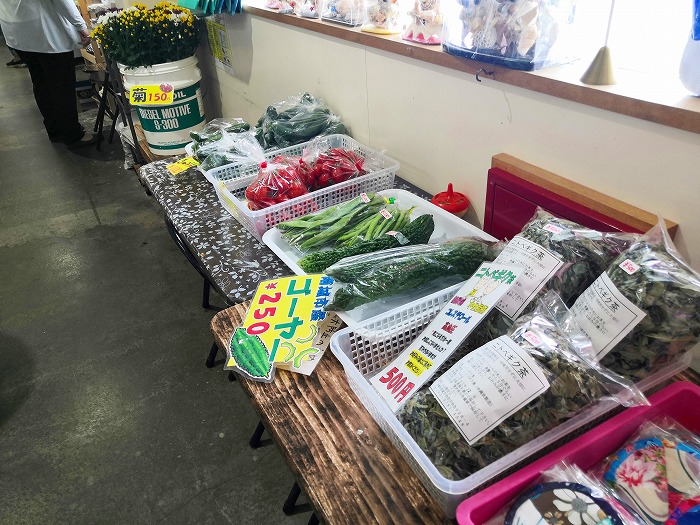 They also sell agricultural products, albeit on a small scale. 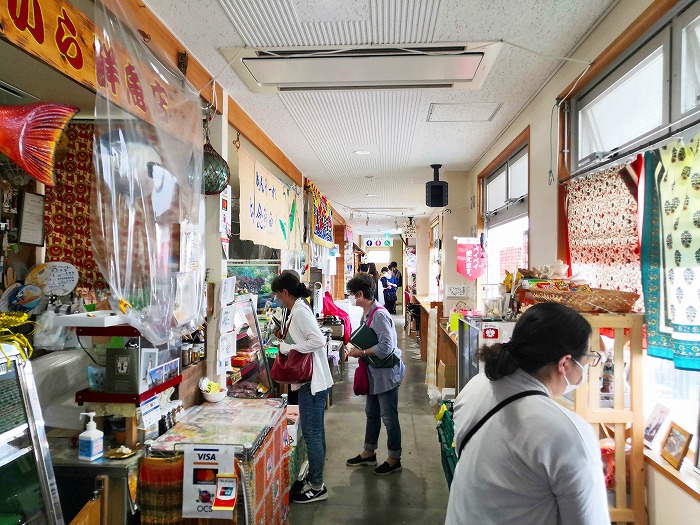 Some stores have already closed for today.

It ends when the fish purchased at the fishing port are sold out.

Some shops accept credit cards, which is rare in the market. 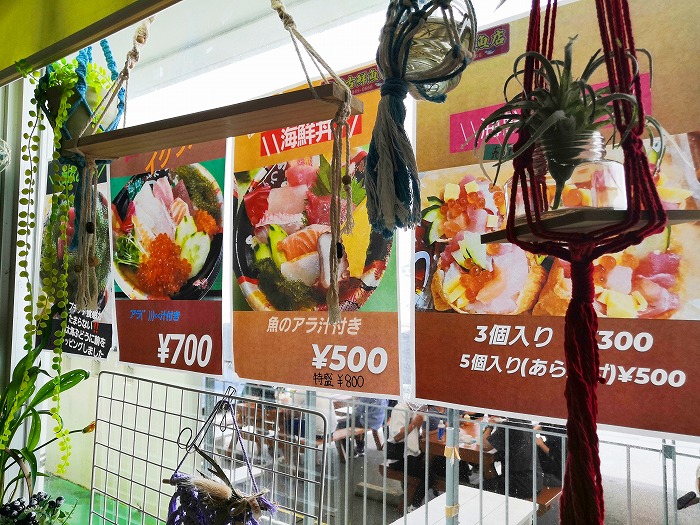 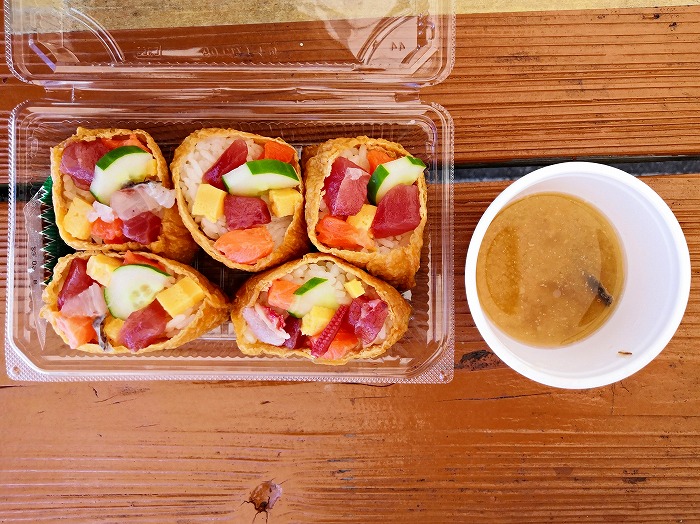 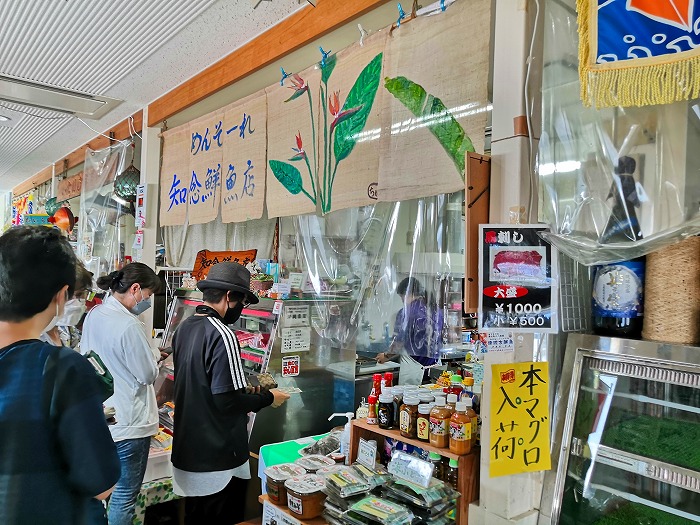 Customers are lined up where the shop is still open. 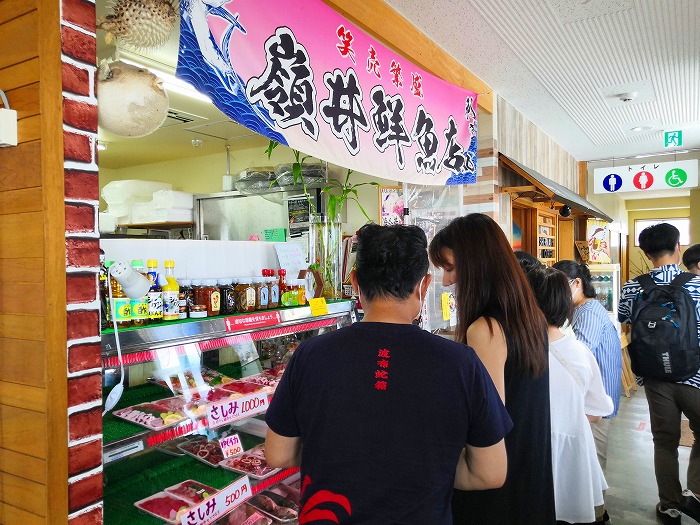 This shop is also crowded with 3 or 4 customers.

By the way, a long time ago, the salted sea grapes that were often sold to tourists didn’t taste good.

Sea grapes must be fresh raw. 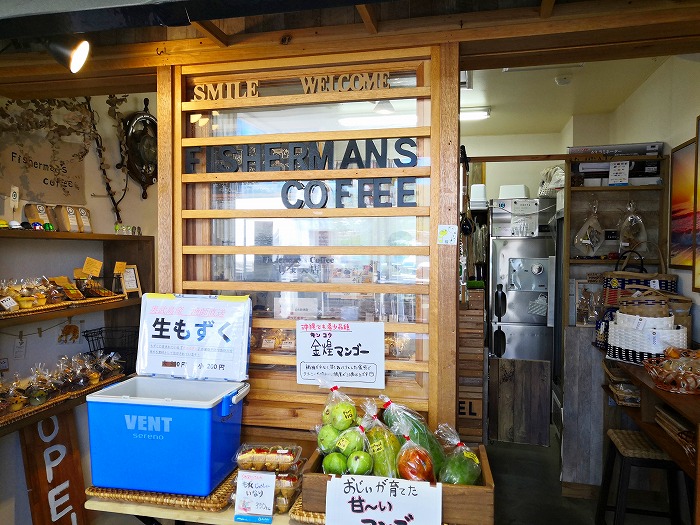 At the far end of Oujima Imaiyu Market, there is “Fisherman’s Coffee” that serves delicious coffee.

Toilet is next to it. 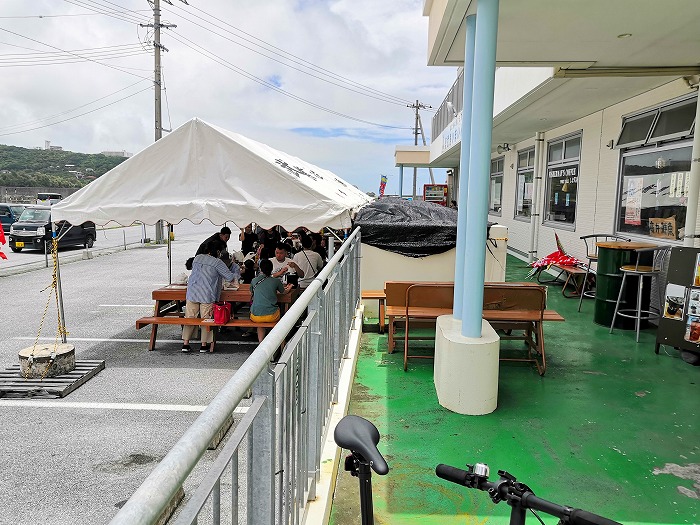 There were many people buying food and sashimi and eating them outside in tents. 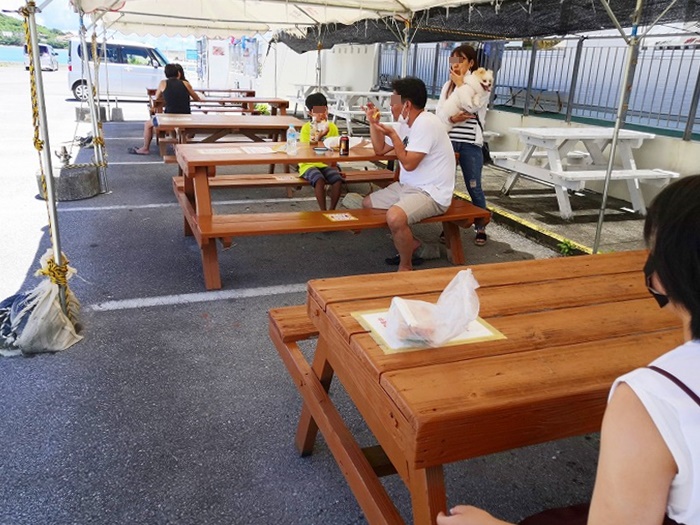 By the way, under the tent when it is not crowded is like this.

Oujima has been changed into a popular spot with a variety of enhancements.