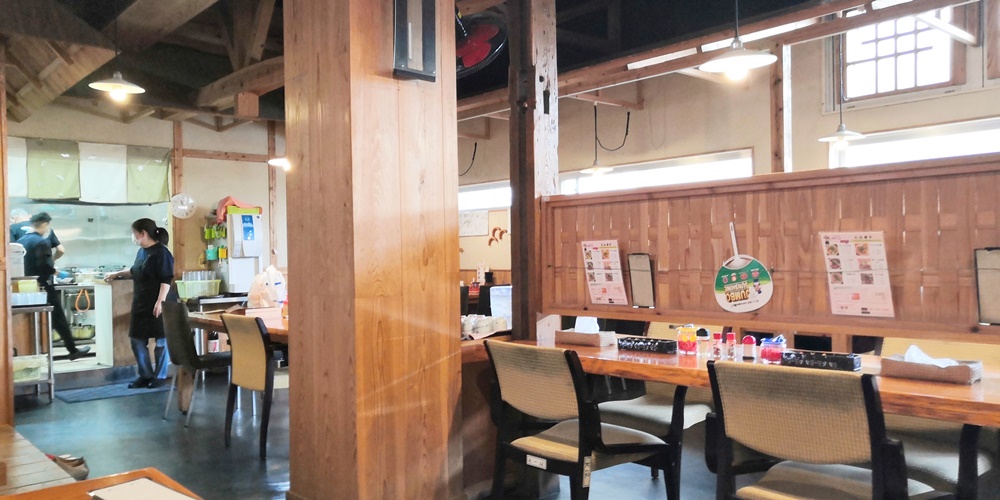 Go north on the Ginowan Bypass where the convention center is located, turn left at the intersection with the supermarket “Union” on the right hand side, then turn right at the first road, and immediately on the right hand side is “Sobadokoro Gon Ginowan Isa Branch”. You can see the orange sign.

It’s not on the main street, and it doesn’t have a big signboard, but it’s a famous Okinawa soba restaurant that is well-known both inside and outside the prefecture.

This is a specialty store that is regularly ranked high in Okinawa’s gourmet rankings. 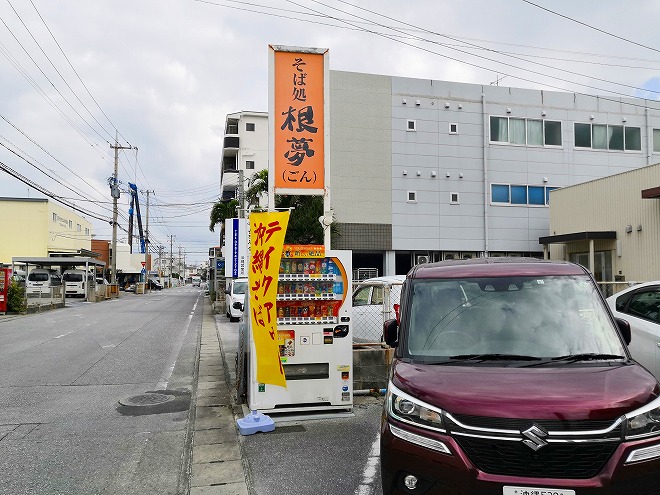 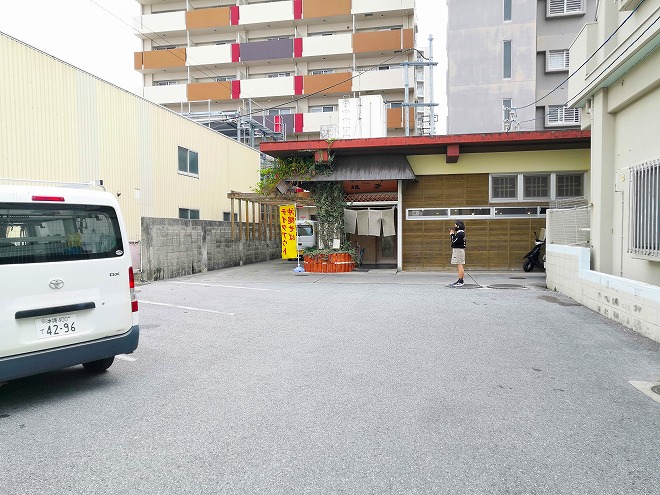 There is a store in the back of the parking lot where about 10 cars can be parked. 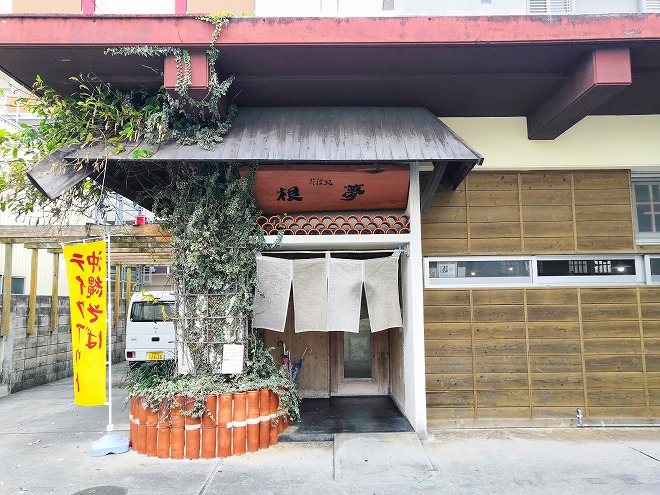 In fact, there are many interesting stories about this “Okinawa Soba Restaurant Gon”.

The first story is a restaurant called Gon (founded in 1990) that was originally opened as an izakaya in Okinawa City, when they served Okinawa soba to finish sake, it became popular, and they started to operate as an Okinawa soba restaurant in the daytime.

… For example, this story like “a bonus became popular and opened a specialty store”.

The second is a TV program called “You choose Okinawa Soba King Decisive Battle” planned by Okinawa local TV station RBC since 2011, then “Okinawa Soba Restaurant Gon” was selected as the 3rd Okinawa Soba Champion in 2012. Actually the Championship was held only 3 times in all.

The victory in this TV program was significant, and later, Gon’s Okinawa soba was made into cup noodles and sold exclusively at Family Mart nationwide. 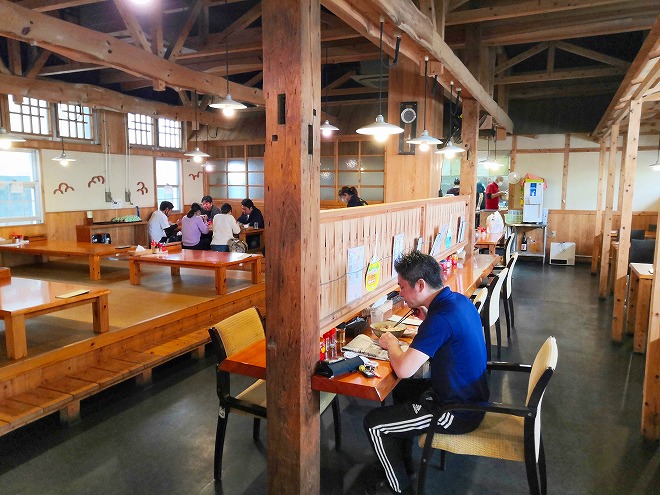 When you enter the shop, there are box seats for four people, counter seats for one person, tatami mats seats, so about 50 people can sit at once. 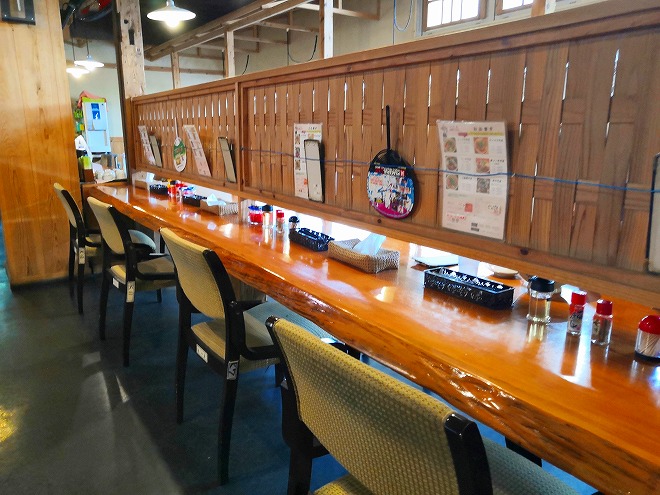 Counter seats for one person.

The single board of this table uses a pretty good tree. 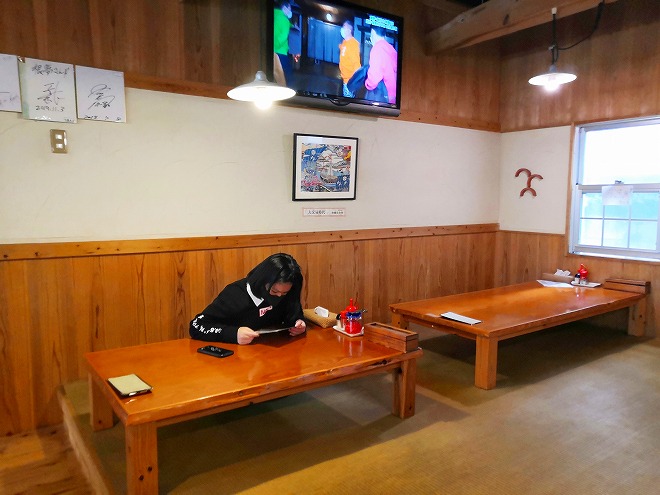 The tatami room is a typical Okinawan dining room style, but it is very neat and clean. 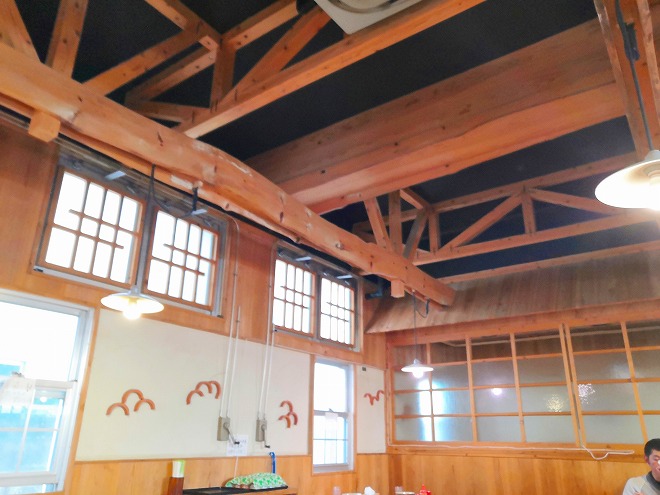 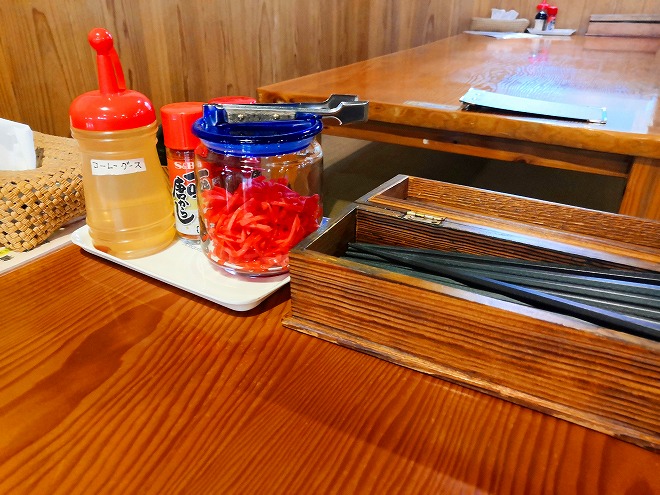 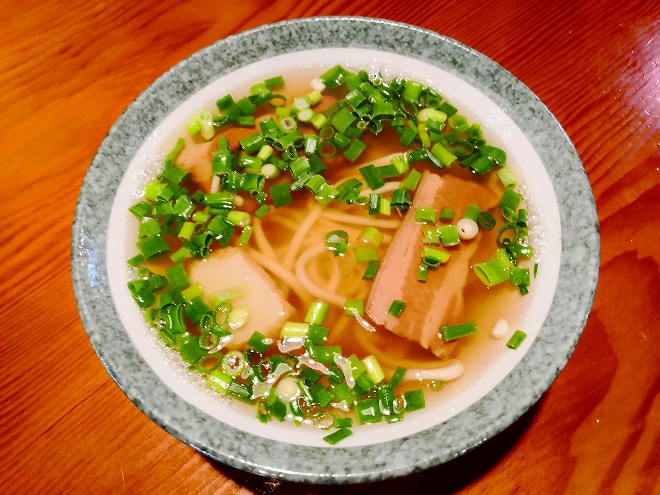 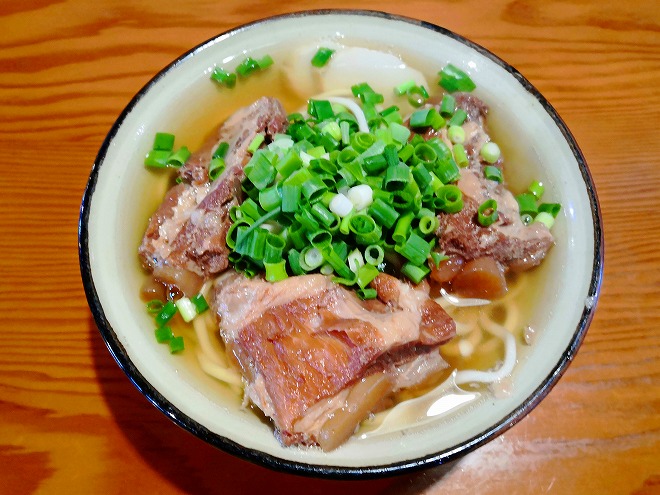 She said they are using “Pork Bone broth and Bonito broth”. 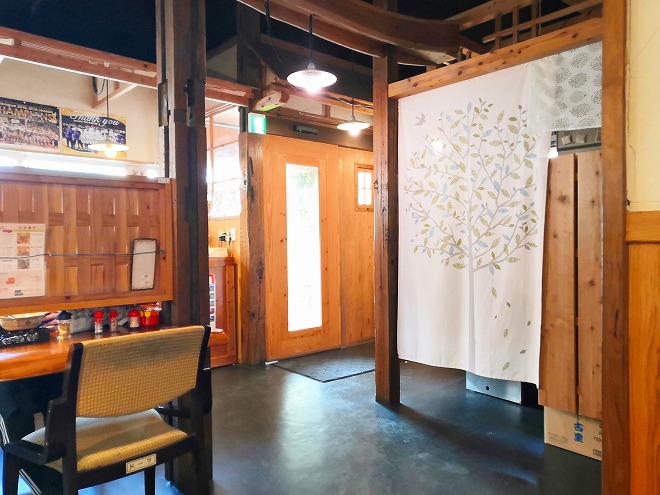 Okinawa Soba Restaurant Gon Isa Branch has an image that is always crowded, but I wonder if we avoid lunchtime, it possibly not so busy.

I wonder if there is also an influence of COVID-19.

This day was Saturday, but we were guided to the tatami room smoothly without lining up.