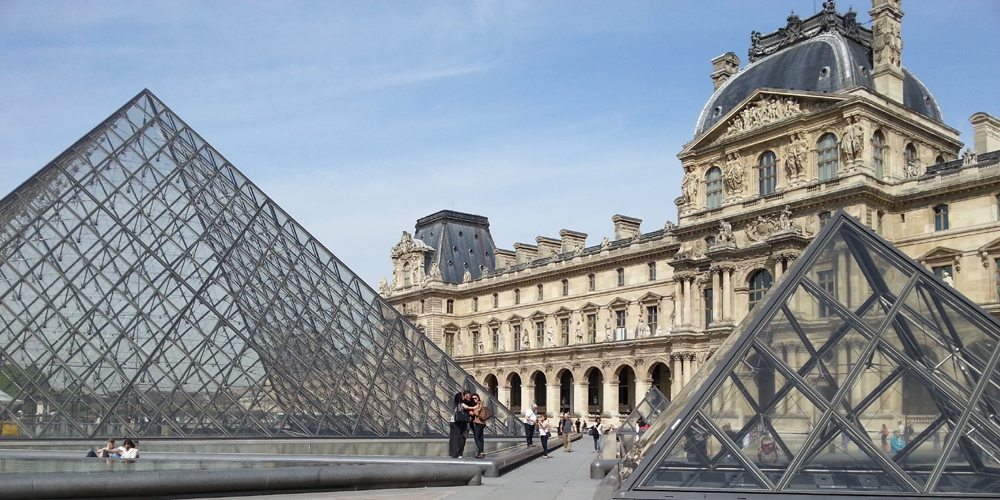 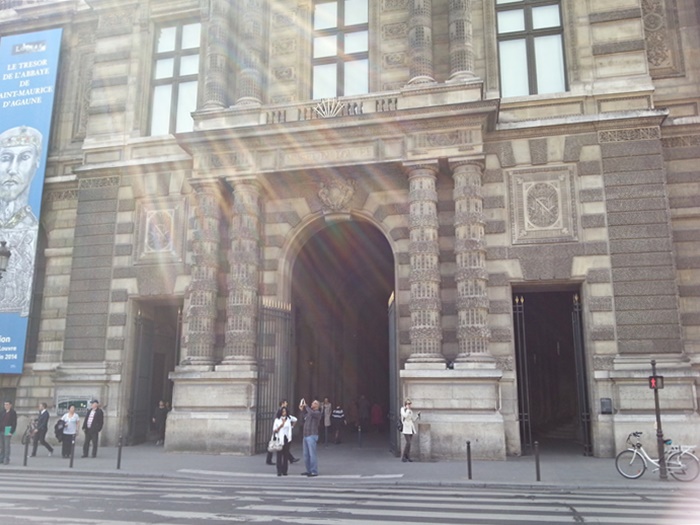 When we were looking for a subway station after finishing sightseeing in Paris, we happened to arrive at the Louvre Museum (Musee du Louvre).

The museum was closed on that day, but since we had the chance, we decided to enter as far as we could, so we entered the premises. 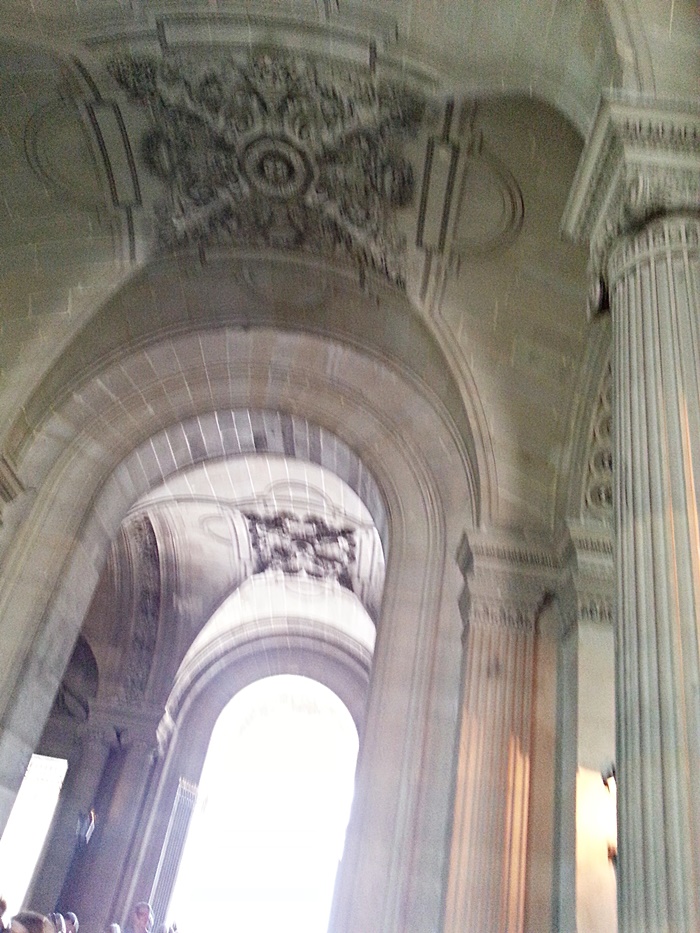 Of course, we couldn’t enter the exhibition room, but the cafe was open, and we could take a walk in the courtyard (Napoleon Square) and see the “Louvre Pyramid”. 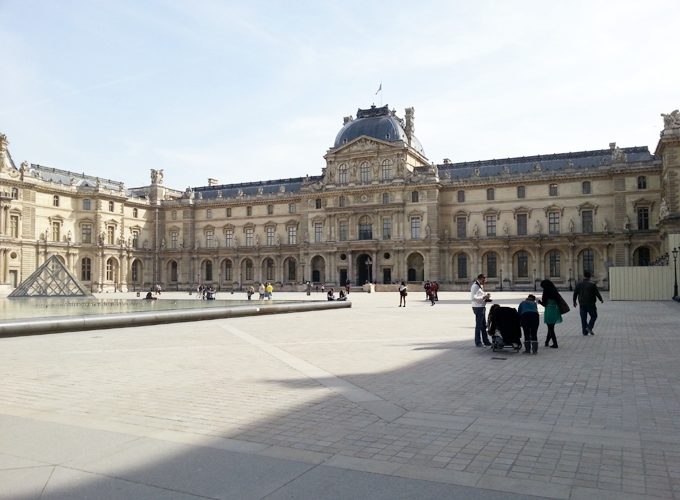 About 10 million people visit the Louvre Museum every year.

Around 1190, Philip II built a fortress here, then It became known as the Louvre Palace as Charles V’s residence. After the French Revolution, the collection was nationalized and opened to the public as the Central Art Museum in 1793, and It later became the Louvre Museum. 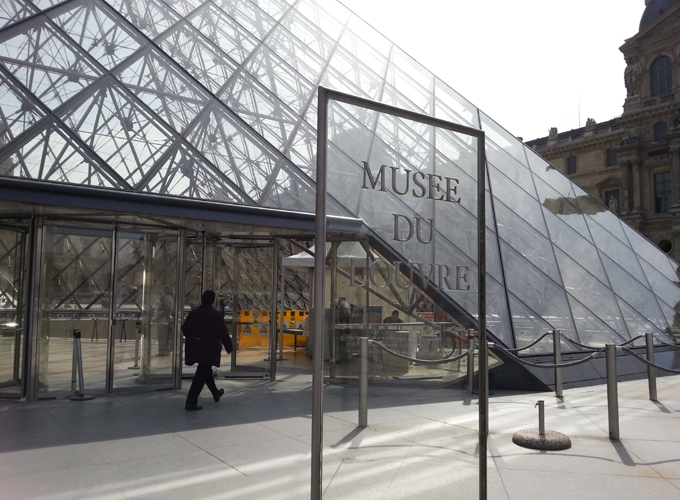 Admission to the Louvre Pyramid costs €12.

It seems there is a option of an audio guide for 5 euros.

The courtyard “Napoleon Square” is free to enter. 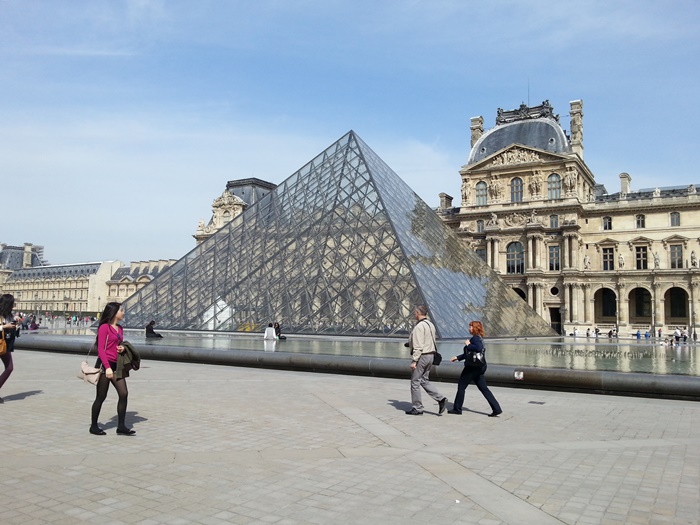 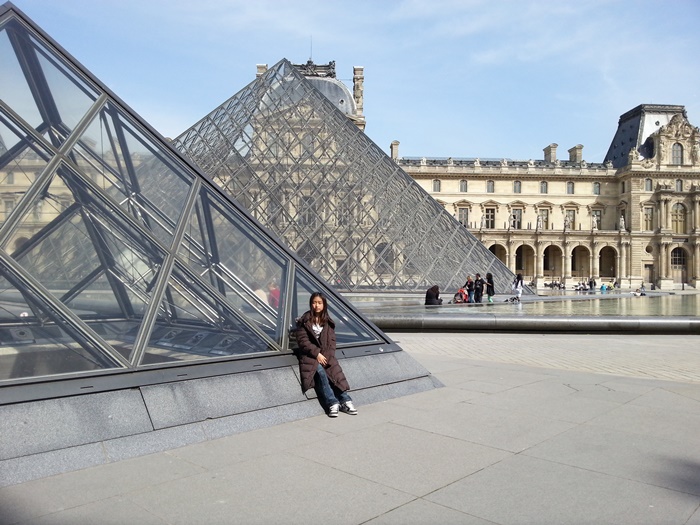 I’ve been the British Museum (UK) and the National Palace Museum (Taipei) so far, so I really wanted to see the Louvre Museum, so I feel bit regrettable. 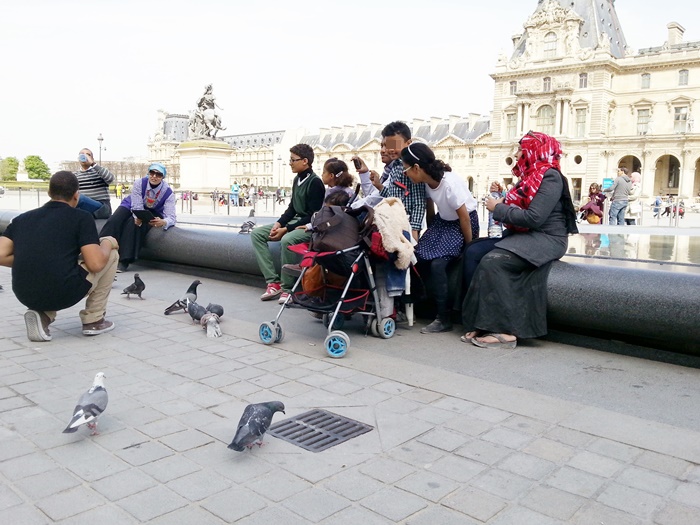 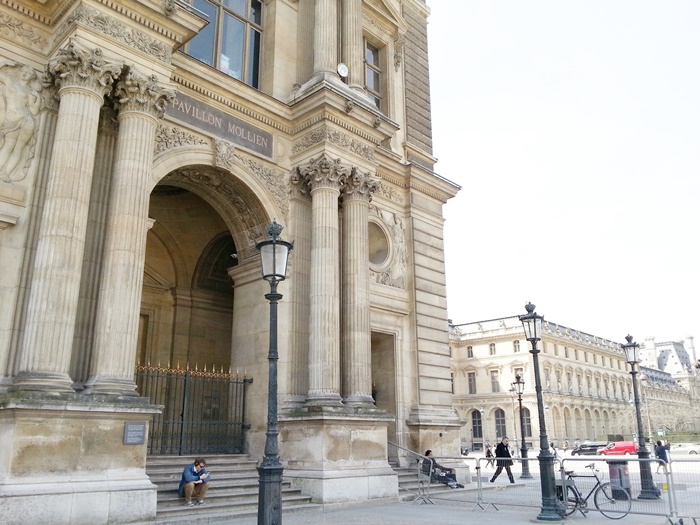 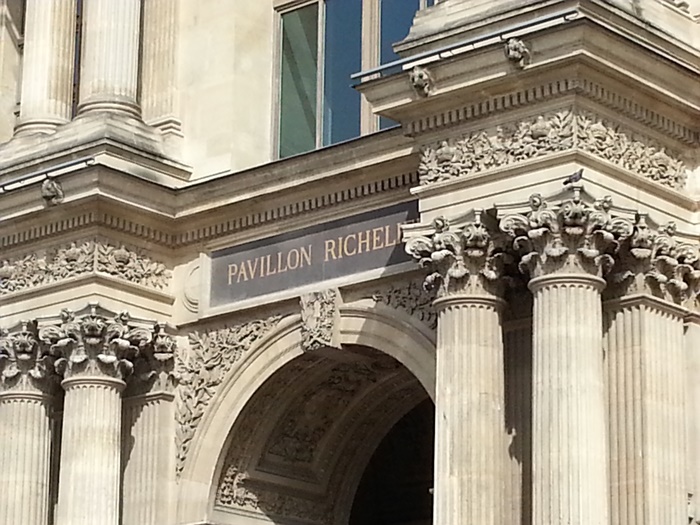 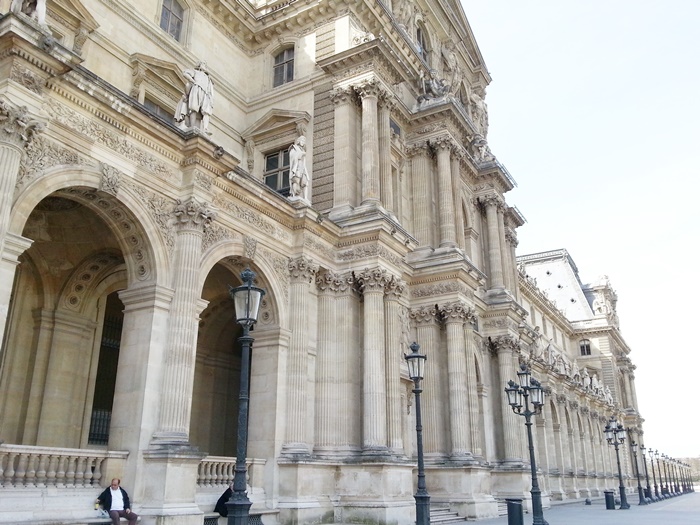 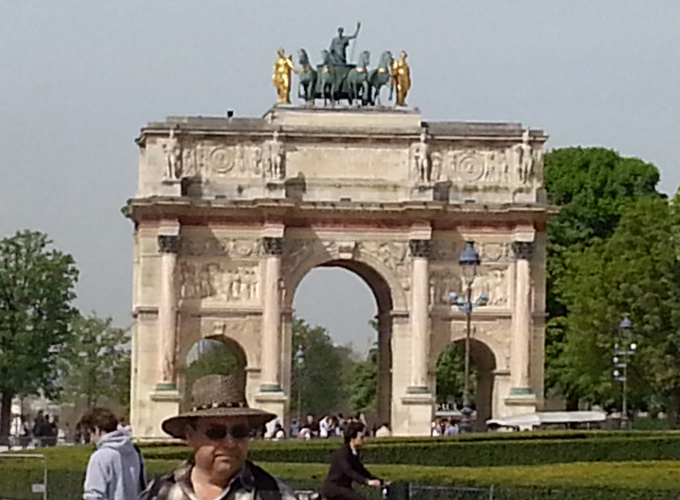 Directly beyond the Carrousel Arc de Triomphe is the Place de la Concorde. 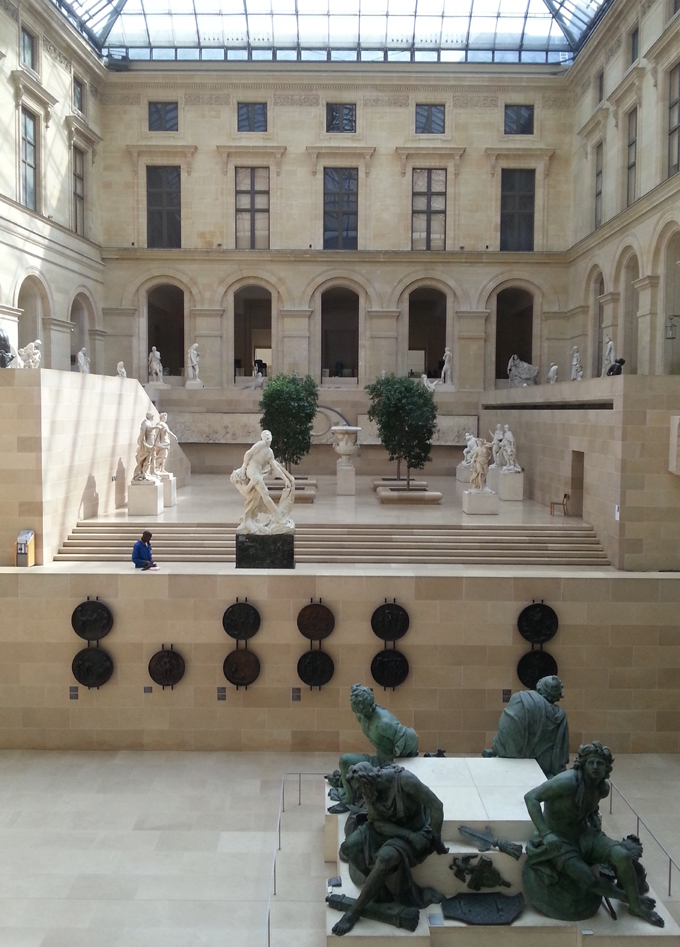 After walking around the vast grounds, I left the Louvre while feeling the solemnity of the building. 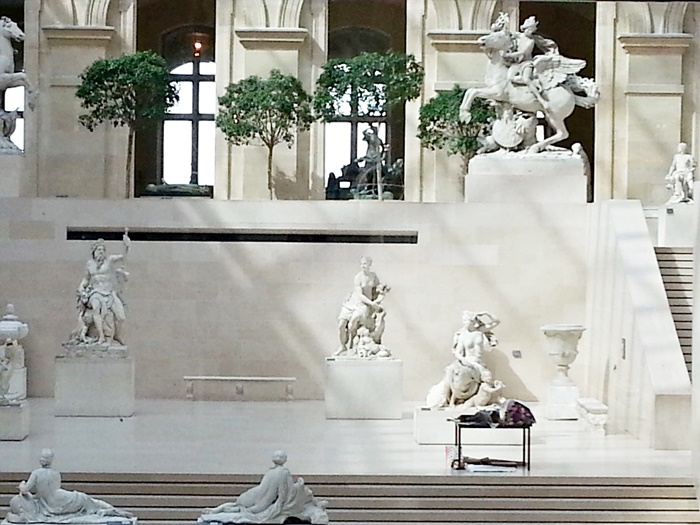 The nearest station is “Palais Royal-Musee du Louvre” on the M1 and M7 lines. 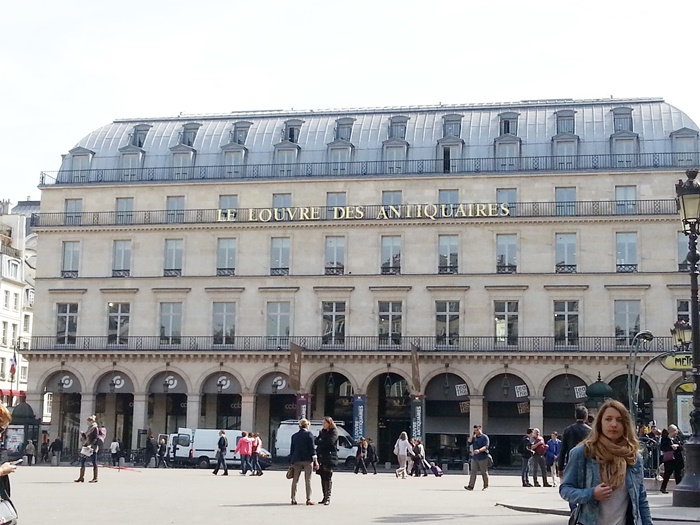 The Hermitage Museum in St. Petersburg, Russia began with the personal collection of Empress Catherine II (1764-), and after the Russian Revolution, works confiscated from aristocrats were added, then it became the current state.

The Hermitage Museum is a World Heritage Site along with the “Historic Center of St. Petersburg” because the building itself has high artistic value, and St. Petersburg itself is known as a very elegant city.

About St. Petersburg, I had heard a lot of boastful stories from Tanya, who was from Russia and had met during the summer study abroad program in Shanghai.

I’ve been interested in the Hermitage Museum for a long time, so I definitely want to go there oneday. 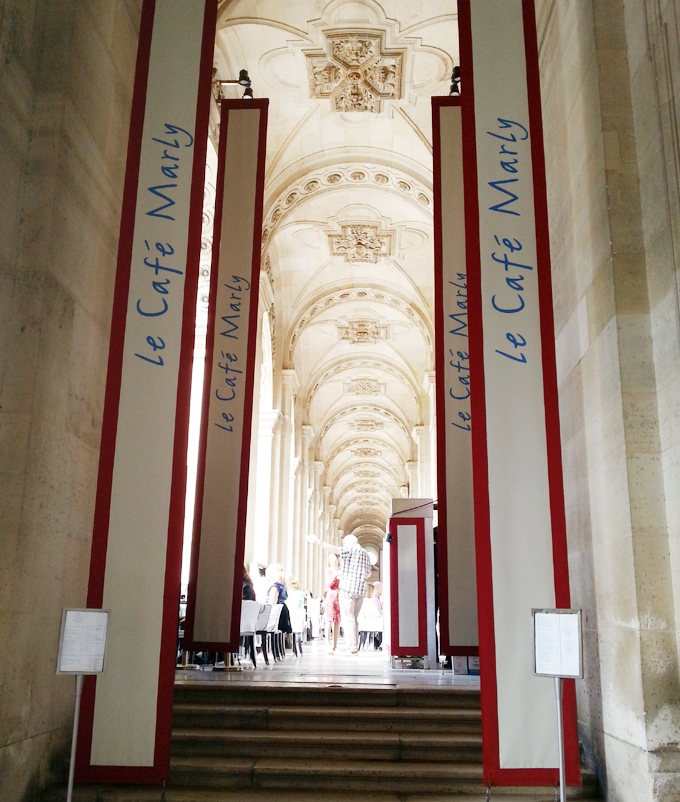 This cafe was open even when the Louvre was closed. 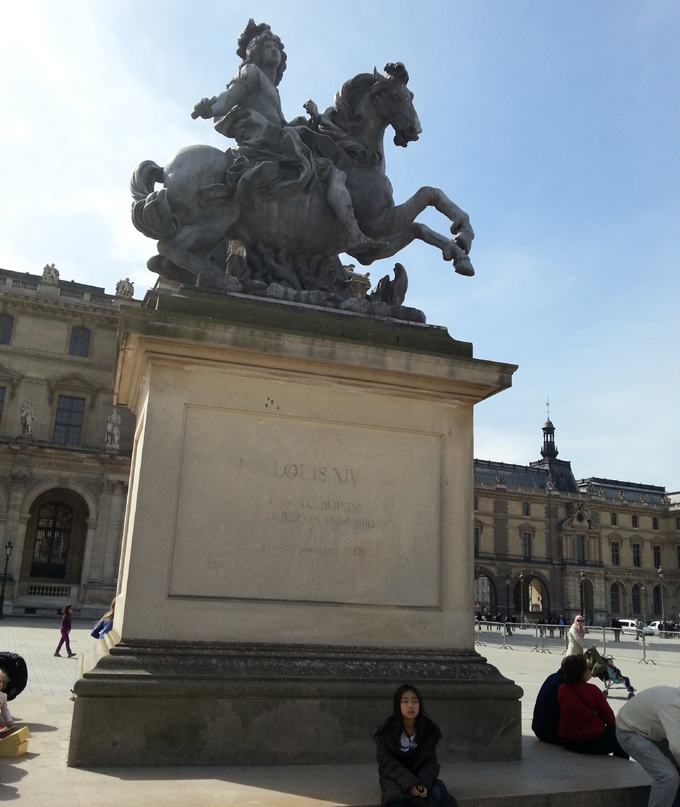 I saw it at Place Bellecour in Lyon, and we also found a bronze statue of the king of sun, Louis XIV, the king of the Bourbon dynasty here.

He must have been the most glorious King of France. 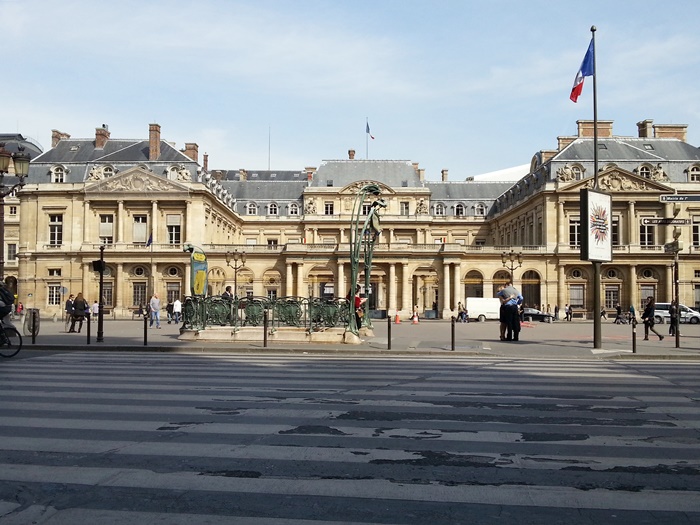 Map of the Louvre Museum in Paris, France.